What does a solution designed to prevent trains from crashing into reindeer in Norway, have to with minimizing environmental changes for mining companies? Answer: Both are IoT or Internet of Things applications. They are examples of how companies are using the internet to solve a variety of problems, and using different satellite solutions to do so.

Norway’s railroads which reach into the Arctic, cover hundreds of kilometers, and cross over territory inhabited by the indigenous Sami people, who have been keeping herds of reindeer as livestock for thousands of years. These animals which roam free are central to Sami culture and economy. Unfortunately, about 6,500 reindeer are killed every year by trains, at an estimated loss of €8.5 million ($9.9 million).

A solution called SaveMyReindeer uses animal tracking collars with the STX3 chipset, to keep track of the reindeer using the Globalstar LEO (Low Earth Orbit) constellation or satellite network. Designed to integrate satellite connectivity in locations well outside the range of cellular coverage, the STX3 Globalstar chipset supports compact and efficient communications devices, such as the “FindMe” tracking collars placed on reindeer. The collar sends one-way data messages through the Globalstar Simplex Network, and is ideal for remote sensing, monitoring, and tracking applications.

In Norway, SaveMyReindeer integrates real-time locations of trains, combined with a moving “geo-fence” of 40 – 50 km around the train. Comparing train locations with the FindMy collars on reindeer, updates warn drivers, and allows them to notice when animals are approaching so they can speed up to pass ahead of them, slow down to let them go by, or stop completely if the tracks are blocked ahead. These alerts are sent to the train driver’s smartphone. The reindeer travel in herds, so it is not necessary to put a collar on all the animals. This IoT application is expected to help the railroads and the Sami people, not to mention the reindeer.

Moving to a different industry; in a recent market research report by Inmarsat, 100 large mining companies were interviewed regarding their biggest concerns. It was found that 47% of these organizations said that monitoring environmental changes was their top priority for IoT deployments. Environmental monitoring is becoming ever more critical as strict new government regulations go into effect, placing heavy burdens on mining companies. These companies are discovering that they need innovative technologies in order to comply with regulations while operating with sustained efficiency.

A network of sensors, for example, can be used to gather data on the levels and integrity of a tailings dam – typically earth-filled embankments used to store byproducts of mining operations – which avoids the expense of sending staff members to gather data points, and removes the element of human error. Inmarsat is working with mining operators to help them achieve their corporate social responsibility (CSR) objectives by delivering accurate real-time insight and intelligence, leveraging cloud-based platforms for analysis.

A primary difference between these two IoT applications, by Globalstar and Inmarsat is latency. Some industry experts evaluating the plethora of LEO satellites being considered for deployment are expressing concerns, and some of those concerns center on latency. Latency is not critical for agricultural applications. Five minutes of delay in retrieving the location of the reindeer in Norway, won’t make a lot of difference in tracking the herds. In the meantime, however, GEO (Geosynchronous Earth Orbit) satellites deliver near real-time responsiveness. If the sensors on the holding dam go off, someone will know right away, and have additional networking communications options available to deal with it, including satellite based real-time communications that can be repeated or extended deep into the mine.

The question industry experts are asking, is whether customers will have enough applications to justify high latency LEO constellations until they are fully built out, or whether it makes more sense to put them on GEO satellites which already provide the coverage.

Note that by “latency” here, we’re not talking about the time it takes a signal to go from the ground to the satellite and back. LEO satellites definitely offer lower latency in this regard since the signal doesn’t have to travel nearly as far. Unlike GEO satellites that sit in a fixed position high above the equator, a constellation, i.e. a large number of small LEO satellites crisscross the earth providing services to sites equipped with small antennas below. Until these constellations are fully built out, there will be delays (latency) when one satellite goes out of range, and before another one comes into range. When LEO constellations are first launched with only a few satellites, latency can be hours. Obviously the idea is to get the entire constellation deployed in order to provide full service, but will customers wait, when they can get service right now from GEO satellites? Many of these IoT applications are long term, and experts question whether clients who start on GEO will switch their entire systems to LEO.

Some industry experts warn that investors should reconsider investments in LEO constellations, versus tried and true, and ever more powerful GEO satellites. There will be more to come on this topic, of that we can be sure. 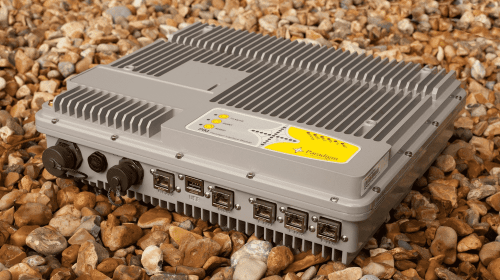 There is a growing demand to stay connected from users around the world, even…