The satellite industry, sporting the moniker “NewSpace”, is poised for a major evolution, if not a revolution, in commercial space projects.  New constellations comprised of hundreds or even thousands of small satellites are being staged for launch into LEO (Low Earth Orbit).  Deployments for some of these will begin this year (2018) and will go on through the mid-2020’s. To be successful, the endeavor will require several things to come together. These include development of high capacity satellite platforms using new frequencies to deliver higher bandwidth. It will require improved efficiency including the reuse of limited frequencies, and it will require an affordable terminal on the ground to distribute the new bandwidth. Flat panel technology continues to advance towards this goal.

All these things and one more – delivery – are required to put “NewSpace” into action.  The key contributor here is SpaceX whose success has contributed significantly to scaling up the deployment of next generation broadband satellite services.  SpaceX is perhaps most responsible for making the whole thing possible in the first place.  Up until 2011 when the Space Shuttle program ended, NASA and America were the premier providers of space launches.  That role was largely taken over by Russia, from whom the US had to hitch rides to the ISS (International Space Station).  That situation has changed.

Elon Musk, founder of SpaceX became interested in rocket technology back in 2011.  His personal interest in getting to Mars, led to an understanding that a fundamental breakthrough in rocket technology was required.  After investigating the possibility of buying ICBMs, Musk realized he could start his own company and build the affordable, reusable rockets he wanted.  He pointed out that if airplanes worked the same way rockets do, that when we fly halfway around the world it would be a one-way trip and we’d have to build another airplane to fly back, putting air travel costs out of reach for almost everyone. His goal is to make space travel affordable to a much larger market.

To build his new launch vehicles, Musk applied “vertical integration,” an arrangement in which the company owns the supply stream, and can thus guarantee on time delivery, quality assurance and cost savings.  The workhorse Falcon and accompanying Dragon vehicle are 85% produced in-house.  The “system” uses a modular approach based on multiple Merlin engines. Falcon 1 used one engine, Falcon 9 used 9 engines, and Falcon Heavy which launched a Tesla car around the sun, used 27 engines, essentially by tying three Falcon 9s together.

Taking a cautious approach, the company started with the Falcon 1, a small but useful orbital rocket capable of launching about one half ton of cargo into orbit.  After a successful orbital launch, development moved to Falcon 9.  The business began in 2002, growing rapidly from 160 employees in 2005 to 5000 in 2016.  SpaceX has reeled off several firsts.  In Sept. 2008, Falcon 1became the first privately funded, liquid fueled rocket to achieve orbit.  It became the first to launch a spacecraft (Dragon) by the larger Falcon 9 and recover that spacecraft.  In 2012, SpaceX became the first private company to send a spacecraft to the ISS, and as of this article, has flown a total 15 missions there.

More successes followed, with SpaceX becoming the first private company to send a GEO satellite (SES-8) into orbit over the equator.  It sent a probe beyond earth in 2015. The first landing of Falcon 9 came in December 2015, and the first water landing on a barge was in April 2016.  Now these landings have become commonplace, and the launch vehicles are being recycled, bringing about great cost savings.

While these missions have become routine, they are creating a revolution in NewSpace as well as space travel.  SpaceX is gobbling up market share because of their manufacturing efficiencies, and most importantly, the ability to reuse their rockets.  As an example, ULA (United Launch Alliance) estimates $422 million per launch to the Air Force in 2020.  SpaceX has been awarded contracts at $83 million and $96.5 million.  Clearly SpaceX has cut into their competitor’s launch market, including the Russians and Chinese. 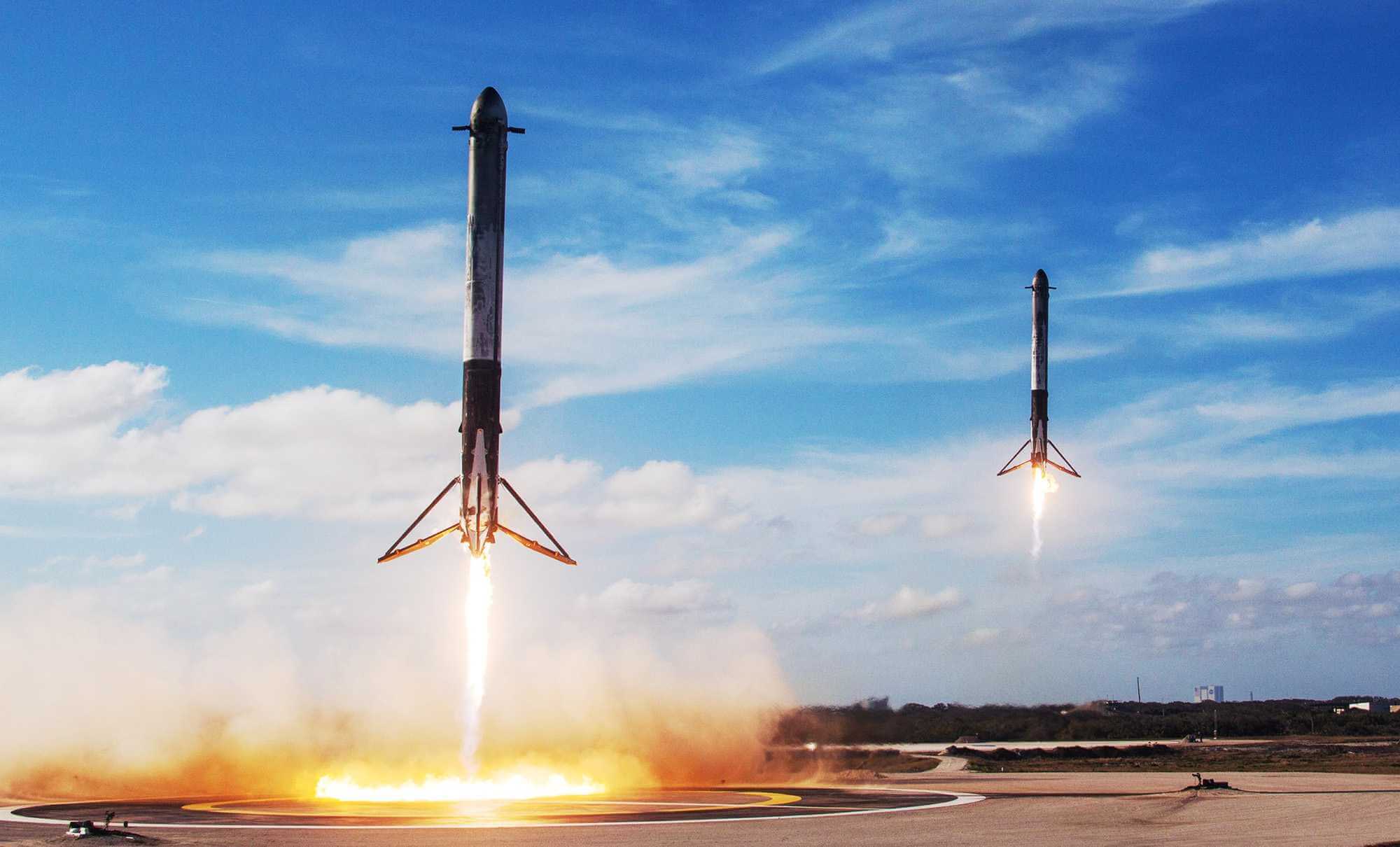 Thanks to SpaceX, America is once again the global leader in space launches.  This is important because low-earth orbit has been opened for business.  Satellite launches are primed to surge in the years ahead.  New, tiny satellites weighing just a few kilograms or pounds can be manufactured quickly and launched for tens of thousands of dollars, instead of millions. Referred to as CubeSats, they made up 292 of the 345 satellites that were launched in 2017, and those numbers are poised to explode.

In coming months, SpaceX with its own broadband satellite aspirations, and OneWeb a startup owned by SES, will begin sending hundreds, then thousands of LEO satellites into orbit, to provide high speed, low latency, global broadband satellite services. SpaceX, having paved the way, will be challenged in the years ahead by new launch providers who want to launch into low earth orbit.  US venture, Rocket Lab is preparing from their launch facilities in New Zealand.  China and India, whose space programs are privately funded, are looking for ways to compete in this new market. The floodgates have opened, and NewSpace is open for business.