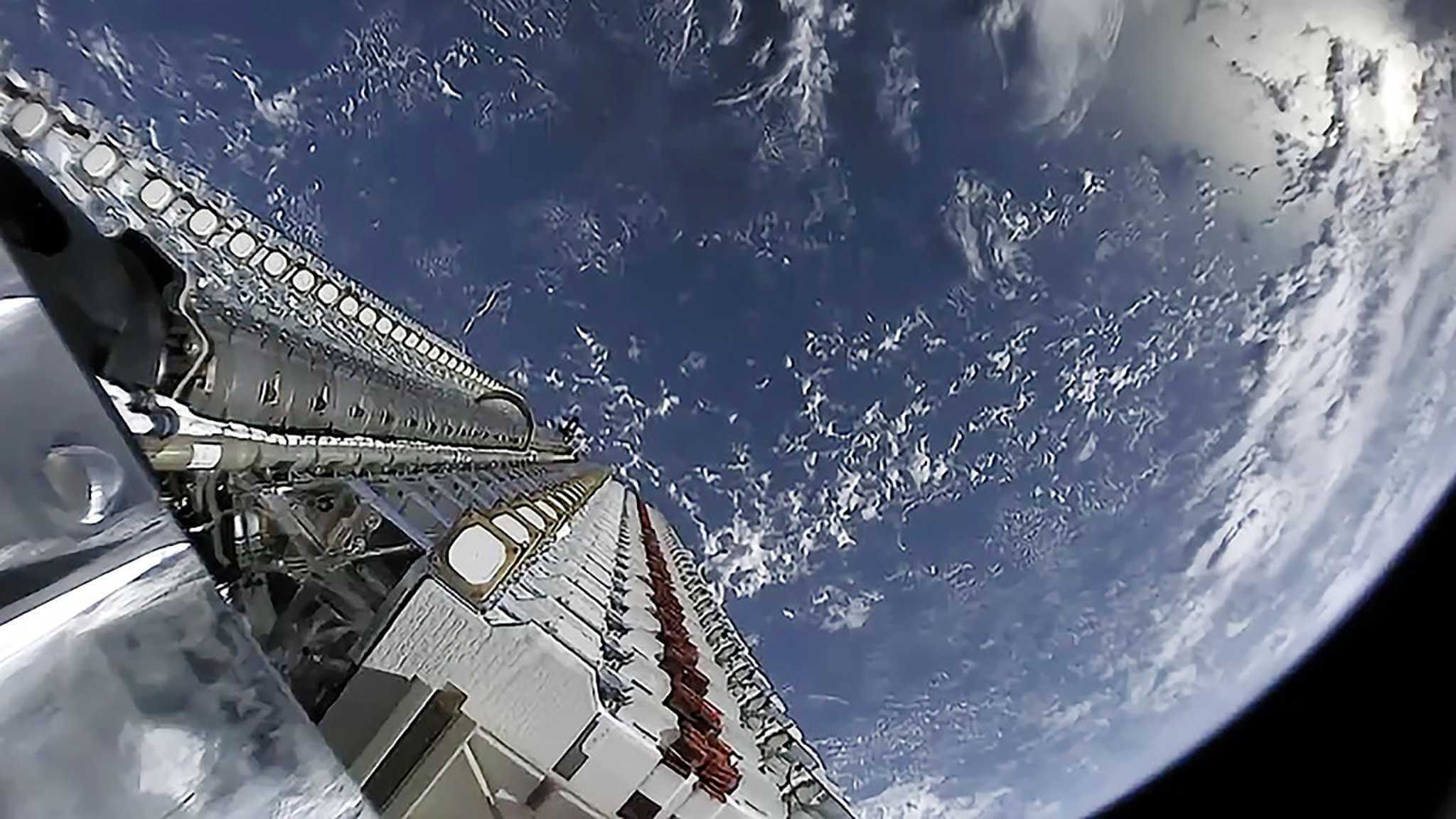 A view of SpaceX’s first 60 Starlink satellites in orbit, still in stacked configuration, with the Earth as a brilliant blue backdrop on May 23, 2019. (Img: © SpaceX)

The marketing pitch is heard on YouTube videos that discuss SpaceX’s Starlink project. Other LEO constellation startups such as OneWeb, Telesat LEO, LEOSat, and now Amazon, also refer generously to the “other 3 billion” who are without internet access in both developed and developing nations. In the comments sections, consumers anxiously announce their plans to sign up when the new services are available. Will these new services provide internet for residential consumers around the world, or will it remain out of reach for them, and if so, how will these new constellations make money?

In 2014, the Internet Organization released a study on “The State of Connectivity.” While the study is a bit dated, little has changed in the ensuing years that would make the conclusions obsolete. The internet has changed the way business is conducted in developed nations, but access remains limited to a minority of earth’s citizens. The study indicates that internet growth is slowing down. In 2008, the internet growth of users grew by 12.4%, while six years later, in 2014, growth was down to 6.6%. In 2014, the report predicted 3 billion people online by the end of the year, but according to the ITU, as of April 2019, 3.2 billion had internet access, leaving more than half the world with no access, and falling short of growth projections made in 2014.

Why People are not Online

In less developed nations, infrastructure is a key reason for slow growth. Many people simply do not live close enough to infrastructure such as fiber access, in order to get connected. While the ITU (International Telecommunications Union), estimates that nearly 92% of the world lives within range of a 2G signal, this data rate starts at 9.6 kbps which is less than one quarter the speed of a 56 kbps dial up modem – which itself is hardly sufficient for surfing the web today. Common internet-based activities such as VoIP, music and video don’t operate at such low speeds. Mobile connectivity has been the greatest driver for internet connectivity in developed nations, but developing countries are not seeing this growth.

Another factor is affordability. The Broadband Commission defines entry-level broadband services as affordable if they amount to less than 5% of average income. However, there are many countries where this is completely out of reach. In Sub-Saharan Africa, 62% of people (in 2014) lived on less than $2/day, where they can afford, at best, very low speed internet access that supports text-only messaging and email.

For many people in developing nations, the internet simply isn’t relevant. They may be unaware of the internet, or content is not available in their primary language, or they simply lack the capacity to access content or understand it. This is true across the spectrum. In countries such as Ghana, South Africa, India, and even the US, a lack of awareness or recognition of the utility and value, coupled with lack of ability, explains why many people don’t use the internet. To make internet relevant to 80% of the world would require content in at least 92 languages.

While much of the marketing, is centered around talk of delivering internet access to the underserved, that market is much smaller than one might assume, given the lack of infrastructure, affordability and relevance, so who is going to buy these new services? Some people apparently believe that Starlink and other LEO providers will compete with existing 3G, 4G and emerging 5G services, but if one looks at the capacity provided by satellites, compared with capacity provided by fiber, there simply isn’t enough bandwidth to make the services competitive in high density locations. LEO satellite capacity is measured in two ways. There is a total or aggregate capacity, and there is a usable capacity. The usable capacity is what counts, since that is capacity that provides service in places where there are customers, as opposed to oceans, mountainous terrain, deserts, etc. A typical LEO satellite is likely to have in excess of 15 Gbps of usable capacity. How many such satellites can cover an urban market where 1 Gbps speeds are being advertised to consumers? Without getting into the math, the numbers say, not nearly enough to compete with fiber which will currently deliver 45 – 300 Mbps within a few square kilometers, and most urban markets are hundreds of square kilometers. As 4G and 5G services are deployed, these bandwidth rates will increase significantly – to as high as 10 Gbps for 5G, and only fiber can provide this kind of capacity. In places where LTE services exist, LEO constellations will not out-compete terrestrial wireless solutions, and this doesn’t even consider other terrestrial solutions like cable which is already offering 1 Gbps speeds. The urban market for consumer broadband is not likely to be a money-maker for the LEO constellations.

How about rural consumers? One challenge faced by rural and urban consumers is the terminals or VSAT equipment required to receive and transmit data to the satellites passing by overhead. Antennas connecting to LEO satellites must track at least two satellites that are passing rapidly overhead, circling the earth every 90 minutes or so. One satellite delivering service and heading out over the horizon must be tracked, while also tracking an incoming satellite that will take over. The antennas must be able to switch from one satellite to another very quickly so that the switch is transparent to the user. Standard parabolic antennas currently provide this service for O3b, who has a constellation of MEO (Middle Earth Orbit) satellites; but these are large (usually 2.4m) mechanized tracking antennas that are far too expensive for a typical consumer. For LEO constellations to deliver services to consumers will require flat panel, phased array antennas. Today, the cost for these antennas, typically around the $40,000 range, is well out of reach for the typical consumer, but they are starting to be deployed on aircraft, maritime vessels, and large transport vehicles such as trains, trucks and busses. 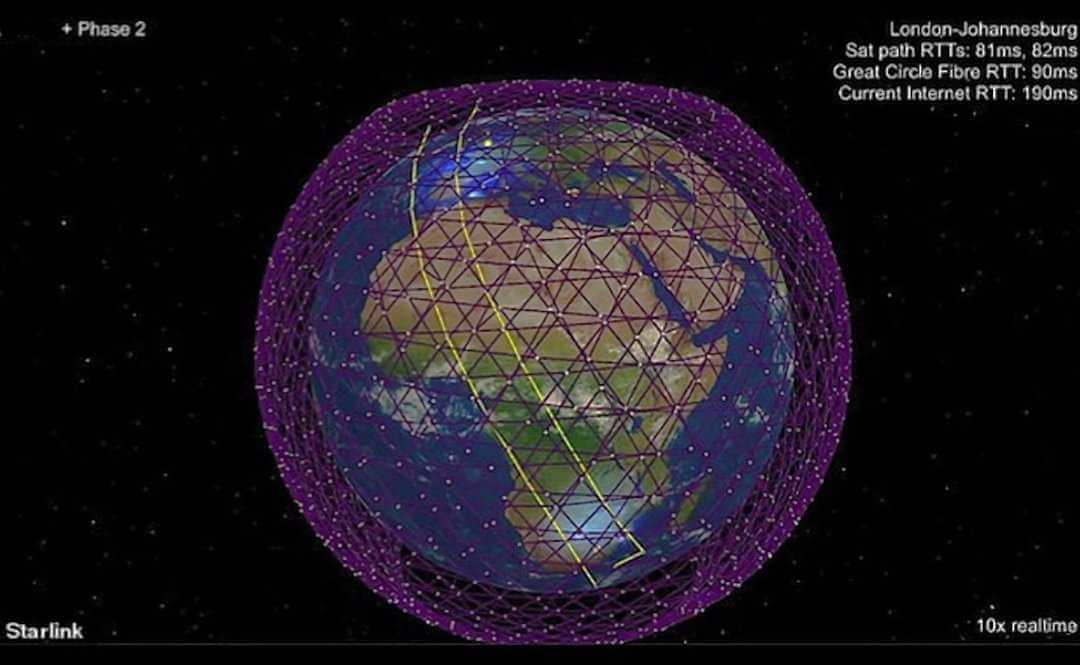 As has been discussed in earlier articles, there are efforts underway to reduce the cost of these FPA (flat panel antenna) terminals by companies such as “Wafer” so that they are affordable to consumers – with a goal to get into the $250 range. This will require some real engineering, manufacturing efficiencies, and huge volumes to become a reality. Elon Musk, without announcing availability or costs, indicates that Starlink is also developing a pizza box sized FPA for this market, but no details have been provided. As of this time, at least in the short term, the consumer market does not look very promising.

Who Will Buy the Services?

The customers for Starlink and other LEO based internet access services are likely to come from larger clients. Potential candidates for LEO internet access include the aeronautical, maritime and large transport industries. Cruise ships require ever-growing amounts of bandwidth, and with LEO constellations, capacity is available anywhere in the world. Airlines are rushing to add internet access to long-haul flights. Trains and busses providing internet for passengers, will be prospects for LEO services. It is expected that a large market will be backhaul and trunking services for MNOs (mobile network operators), and WISPs (wireless ISPs). New low latency 5G deployments are a natural fit for LEO services, given their lower than fiber latency. LEO constellations offer low-latency, high speed access to operators who will deliver “last mile” services to end users. Financial markets, government and military may leverage the increased security of LEO based bandwidth. Since connections can pass from satellite to satellite without touching the ground, LEO operators claim they will be more secure, providing fewer points where the data can be intercepted. 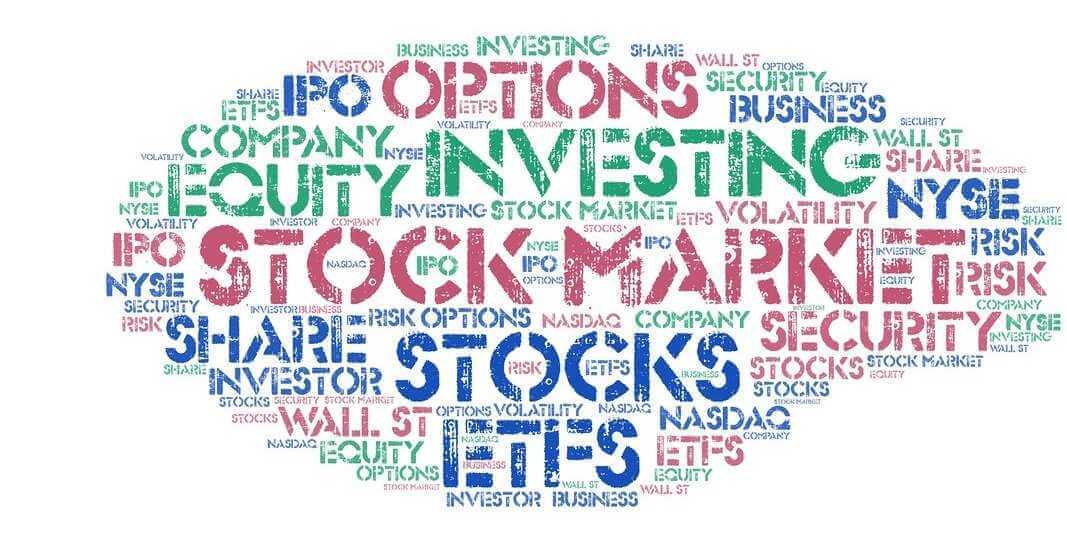 Since optics are not slowed in a vacuum, as they are by fiber optic cable, transmission speeds will be up to 1.5 times faster in space. Multinational organizations such as stock exchanges, banks, governments, military and research centers whose success depends on moving data rapidly around the world as quickly as possible, will look to these new services. Shaving off mere milliseconds delivers a significant competitive advantage in stock markets, banks and trading houses, and LEO satellites will provide faster connections from diverse points around the globe, than fiber with its slower speeds and long circuitous or convoluted cable routes. The idea in capital markets is to leverage low latency in algorithmic trading to react to markets faster than the competition, to improve profitability of trades. In 2007, a large global investment bank reported that every millisecond lost results in $100m per year in lost opportunity. For such applications, the cost of the terminal is negligible.

Where new connections are required in a hurry, such as military, exploratory, construction, mining and drilling applications, LEO satellite will provide high speed point-to-point connections in as little time as it takes to deploy the terminal equipment at the sites in question. Contrast this with the weeks, months, or even years to get fiber to various parts of the world, if it is even feasible to do so. Providing high speed internet access for events such as sporting contests and races, festivals, and concerts requires months of planning and if the event is not going to be repeated in the same place, deploying fiber to these locations is generally not economically feasible. With the new LEO constellations, such events can be set up just about anywhere on the planet in as little time as it takes to ship and deploy the terminal equipment. When the event is over, the equipment can be packed up, and stored for the next event. Want to set up a call center in a city in a developing nation that has little or no infrastructure? The time to deploy a business leveraging low cost local labor can be greatly reduced, providing a benefit for the business as well as the host nation. As trunking and backhaul opportunities expand, edge caching will optimize these services, placing content closer to the customer in semi-rural areas, as LEO satellites can deliver large amounts of cached content to operators at the edge of the network.

Despite the marketing hype about providing services to the “other three billion” consumers, it seems evident that the new LEO constellation operators must expect to make their money on larger enterprises. A mega constellation such as Starlink is essentially an intelligent, switched fiber-like network in the sky. With such a capability, delivering services to Joe Consumer seems like it would be low priority, given the large dollars that come from selling capacity to enterprises. Where high throughput, low-latency, rapid deployment, security and mobility are required, one or more of these new constellations have a good opportunity to succeed. Perhaps as low-cost terminals are developed, consumer services will be added to the mix in the future.