Formerly known as the Google X project, Loon LLC now an independent subsidiary of Alphabet, Inc. has been making some real progress. As discussed in February 6, 2018, “A Looney Idea?”, Loon is a HAPS or High-Altitude Platform System based on reliable weather balloon technology. The concept involves having a fleet of floating balloons that are guided by raising and lowering them to use the prevailing wind currents around our world. Advanced algorithms monitor NOAA wind layer information and adjust the altitude of the Loon balloons, leveraging wind currents for speed and direction, enabling them to move them around a target area in need of coverage.

The Loon goal is to bring internet access to underserved areas, and to provide support during natural disasters. During the recent Puerto Rico Hurricane Maria recovery, Loon balloons floated back and forth across the island delivering LTE services to users below. 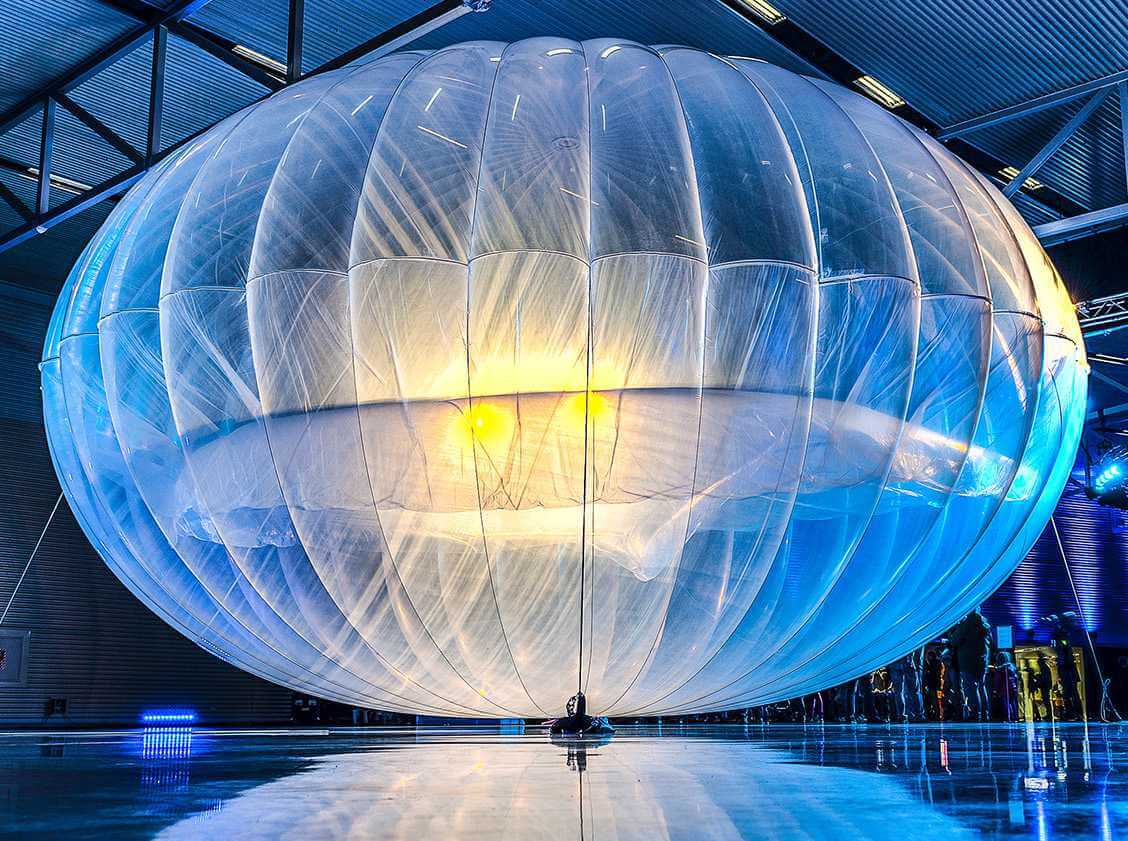 Loon can be thought of as a floating cellphone tower. It uses standard telephony technology to deliver 4G-LTE speeds and services to users below. Balloons use directional “patch antennas” to transmit to ground stations, and to LTE users below. Balloons are connected via high speed circuits to infrastructure on the ground, which connects the balloon to the internet. A critical issue is how far away from these ground stations the Loon can operate with high speed circuits, keeping in mind that the balloon is constantly moving.

Each Loon balloon operating from about 20km (12.4 miles) can provide service to an area about 80 km (49.6 mi) in diameter, and support about 1000 LTE customers on the ground. Recall that the concept involves a fleet of balloons. Each balloon does not have to reach out to a backhaul connection, it need only reach out to the next Loon, passing along the traffic until it is sent to a ground station. Alphabet recently announced that it has transmitted data across a series of seven balloons spanning 1000 km (621 miles) from a single ground backhaul connection. In addition, the longest individual point-to-point link between two balloons was 600km (373 mi), which also set a record.

Networking for Coverage and Efficiency

By networking the balloons together and passing connections between balloons and the ground, the net result is a larger area of coverage supporting more users. In a situation like Puerto Rico, where Loon is deployed to service a natural disaster region, the balloons can work like a network passing traffic between themselves, sending it to users below, or passing it on to the earth station backhaul, depending on the traffic destination.

This in-the-sky networking which Alphabet describes as a “cosmic soccer team advancing the ball through the sky” means the solution can cover far more people. Facebook abandoned their HAPS plan for giant-wing solar powered broadband drones, but Loon appears to be going strong. Loon so far, has been deployed for natural disasters, but its first commercial deployment is expected in Kenya next year. Stay tuned.

One of the earliest companies to get involved in “NewSpace” was O3b Networks,…

BusinessCom Networks is of course a leading broadband satellite operator; however…