News from the satellite industry has been focused on the darlings of NewSpace, the new LEO (Low Earth Orbit) satellite constellations, with their effusive marketing message of internet for all; but GEO (Geosynchronous Earth Orbit) satellites are not going away, and indeed may be joined by a new breed of satellites. GEO satellites are generally quite large and heavy and require powerful launch vehicles dedicated to transporting them into orbit. The math to cost-justify these satellites has historically worked out best when they were very powerful, high capacity and long lived, providing services for 10 to 15 years or longer. The high costs weighed against return on investment for small satellites launched into GEO orbits, didn’t add up. That’s changing. 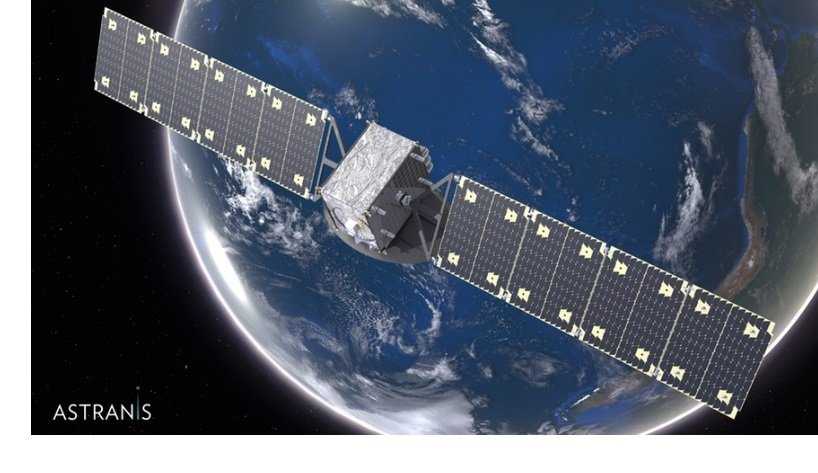 Making news is Astranis, a NewSpace startup designing small geostationary satellites. A geostationary orbit is often referred to as a geosynchronous equatorial orbit (GEO). It is a circular geosynchronous orbit 35,786 km (22,236 mi) above Earth’s equator and following the direction of Earth’s rotation. This keeps it in place above the same spot on earth. Astranis has signed their first customer, a telecommunications provider in Alaska. Pacific Dataport, Inc. will lease capacity on a MicroGEO satellite that will provide services to Alaska. The satellite will cover the entire state including the Aleutian Islands and will use Ka-band for connectivity. The satellite will provide 7.5 Gbps of throughput to the state, tripling what is currently available. Alaska is a perfect place for a satellite optimized to service a small region, given that it is largely inhospitable to the expansion of fiber or microwave circuits. The satellite will support typical VSAT terminals on the ground, similar in size and power to what GEO satellites require. These VSAT terminals are off-the-shelf and will not have to be developed from scratch, like the more complex and specialized LEO antennas that must track multiple moving satellites.

What makes Astranis’ satellite different from typical GEO satellites? First is the size. Astranis’ thus far unnamed satellite will have a mass of about 300 kg. Typical GEO satellites weigh several thousand kilograms. Another difference is capacity. While the first Astranis satellite will be small with only 7.5 Gbps of capacity, this is expected to increase over time. This may be compared with up to 300 Gbps of capacity offered by new HTS (High Throughput Satellites) in GEO orbit. MicroGeo sites will provide less capacity, but will direct it to specific markets where capacity is lacking. It is anticipated that the capacity will be sold more quickly, thereby alleviating the problem of large satellites that may have a significant amount of idle capacity that is not bringing in revenue. 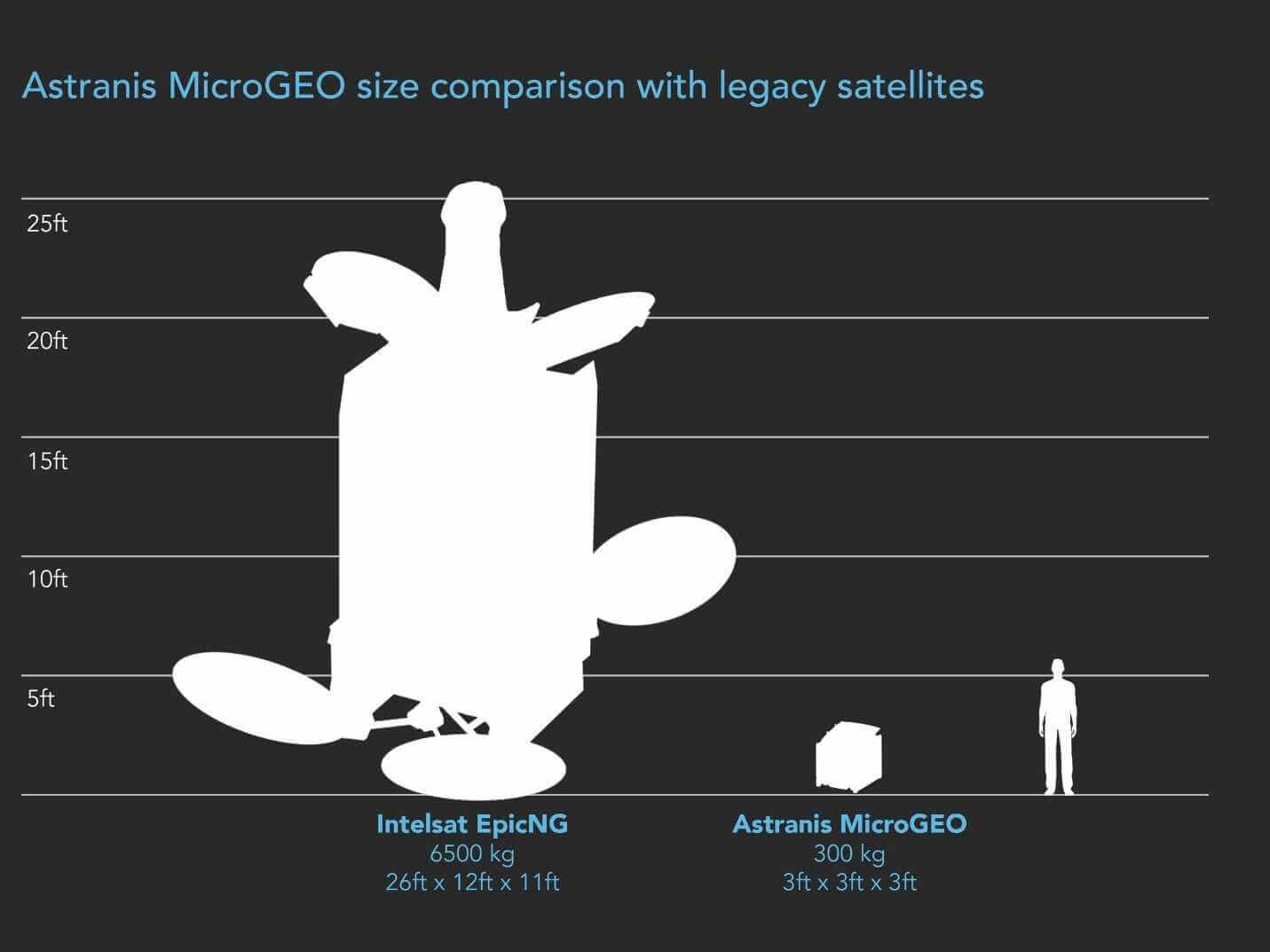 MicroGEOs such as Astranis’ new satellite also have a shorter design life, in this case 7 years, about half of what a typical GEO satellite provides. Historically it made no sense to launch a satellite into GEO orbit with so little capacity and a short life cycle. However, the gap is closing, and electric propulsion is probably doing the most to close the cost gap. Astranis claims to have found a model where they can build a cost-effective standardized satellite platform, because the satellite is simple, and it will become more cost effective as they are manufactured in larger quantities. The MicroGEO satellites will have digital payloads that do digital signal processing on board the satellite, as compared with most large GEO satellites that still use purely analog repeaters. Software defined radios gives Astranis the ability to build many satellites that are as identical as possible, rather than each one being unique as is the case with larger GEO satellites. Instead of being built to support specific frequencies through hard-wiring, a software defined radio provides the flexibility to select whatever frequency is needed for a given mission.

When it comes to a market like Alaska, you don’t need to wait for years and spend billions of dollars launching a huge LEO constellation with hundreds or even thousands of satellites. An inexpensive, special purpose GEO satellite can be launched in a short time frame for a reasonable cost and begin delivering services.

MicroGEO satellites will be able to share orbital slots with their bigger brothers. There is ample capacity for more GEO orbit satellites, and with frequency reuse, multiple GEOs can be co-located without interfering with each other.

One of the major issues for the economic feasibility of MicroGEOs is the cost to get the satellite into GEO orbit. It takes a large, expensive rocket to directly insert a satellite into GEO orbit, and the costs don’t make sense for a small satellite. As a result, relatively few MicroGEO satellites have been deployed. Hitching a ride with another large GEO satellite is always an option, but due to insurance and liability issues, this approach is not attractive or frequently used. 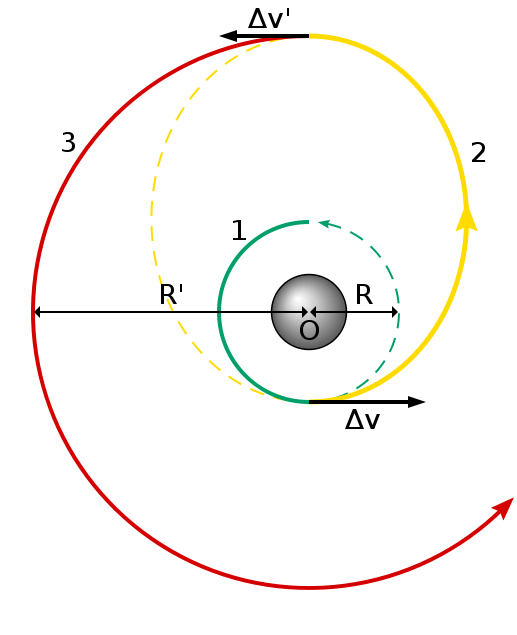 Hitching a ride to a GTO (geosynchronous transfer orbit), however makes a lot of sense, and this has become a common method to get small satellites launched. A GTO is an orbit that starts close to earth, but the satellite under its own power or with a PAM (payload assist module) accelerates the satellite into a different orbit. Usually, the satellite is looping back down from GTO into a LEO, but with a propulsion system, the satellite can accelerate to a higher orbit, terminating in GEO and settling in at its assigned orbital slot.

Generally, a small satellite owner will check the schedule of launching companies such as Arianespace, Orbital or SpaceX to see when one of their satellites might be deployed along with another satellite(s) that is already scheduled. This puts the satellite operator at the mercy of available timeslots, but it works, and is being used extensively to launch LEO satellites. There are also new small rocket launchers being developed, by companies such as Rocket Lab, Moon Express, Spire and Planet. These new launchers provide a new option to get small satellites into LEO, MEO or GTO), and these will help change the game, making such launches more frequently available.

Getting from GTO (geosynchronous transfer orbit), to GEO is still a challenge. Historically propulsion systems were based on chemical propellants, and the higher a satellite needs to go, the more propellant it needs, which in turn makes the satellite larger, and complicates the economics. Astranis claims that electronic propulsion is the primary factor in making MicroGEOs possible. This propulsion system works by electrically expelling propellant or reaction mass at high speed. These electric thrusters typically use much less propellant than chemical rockets. The overall thrust is less with electronic propulsion, but they can provide that thrust for a long time. It may take longer to get the satellite into GEO, but the economics are much better for doing so. 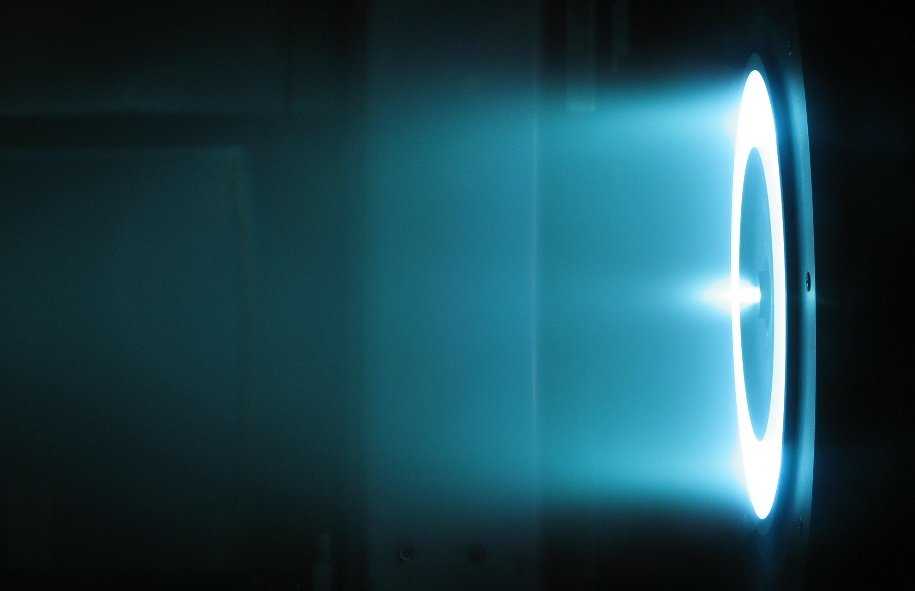 A couple other MicroGEO companies include GapSat, a company that resells underused satellite capacity. They are developing a satellite of their own. It’s a small all-electric geostationary satellite that looks nothing like a traditional communications satellite. It is expected to beam capacity in C-band, Ku-band, and Ka-band, and experimental Q-band and V-band. Launch is expected in the third quarter of 2020. Their goal is to fill up capacity quickly, rather than have idle capacity, a situation large GEO satellite companies deal with, and rely on companies like GapSat to solve, by selling the excess capacity.

Ovzon, a Swedish startup has already signed up for a Falcon Heavy launch from SpaceX and has purchased a satellite from Maxar Technologies’ Space Systems Loral division. Details are still limited, but the company claims it will deliver a new class of mobile broadband service to customers. The orbital slot location has not been released, but they expect to cover a region on earth, and plan to expand till they have global coverage. Ovzon has purchased a total of six orbital slots to support that global coverage, and to lock in spectrum rights at those locations. The satellite was originally scheduled for the fourth quarter of 2020 but has been pushed back to 2021. Regulatory factors and politics will play a role in the assignment of spectrum required to deliver services and securing the capacity may end up being a key when it comes to competing with the established giants of the industry.

There is an exciting new field for MicroGEO satellites opening up, and the early adopters are jumping into the business with great hopes and expectations. Technical developments have made this new model possible. It’s still too early to see how this will play out, but the cost and method of delivering these new platforms will be the key. 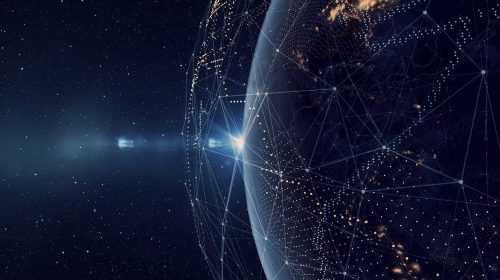