Among the challenges considered to be facing the satellite industry, is competition with mobile network operators (MNO), but how significant is that state of competition? How much do mobile operators compete with satellite for subscribers? Is there perhaps more room for cooperation and mutual benefit?

Mobile operators are able to offer low entry costs and competitive packages to first time subscribers in the many rural areas that remain unconnected to the global network. It is the most common way to get connected in emerging markets, by large sectors of the population. In some countries, there are more people who have mobile phones, than have electricity. The problem these operators face, however is extending their networks into rural areas, given the lack of terrestrial backhaul options. Clearly the satellite industry is primed to jump in and work hand-in-hand with mobile operators to grow both industries together.  According to Northern Sky Research (NSR), backhaul and consumer broadband combined will generate $56.7 billion in the ten years between 2016 and 2026.

Mobile services have their limits. While mobile presents low entry costs, for larger data consumption, satellite is almost always more cost effective. The entry-level market may be better served by MNOs, however in the market that satellite broadband normally targets, mobile is not much of a threat. MNO also competes with fixed wireless solutions, but again, satellite is in position to offer backhaul for these networks as they expand into rural areas. In emerging markets, 4G and later 5G networks will be slow to spread, given the lack of infrastructure and limited market to justify the investment.

One area where satellite may play a growing role is seeking out the large pockets of high-end customers who are desperately seeking connectivity. Even in cities that have some terrestrial backhaul infrastructure, there are usually a number of neighborhoods with wealthy families who may be targeted for individual consumer satellite services, or with backhaul services for fixed wireless providers.

In addition to competition from fixed wireless, MNOs may be running out of steam in their primary markets. Revenue growth is slowing in developed countries, reaching saturation. Expanding coverage seems to be stagnating and there is a growing sentiment for risk-aversion, all of which is resulting in reduced investment for fiber expansion. This presents a great opportunity for satellite and MNOs to continue the expansion of mobile network coverage and revenues by working together. Satellite backhaul is a low-capital expenditure compared with fiber, and there are no backhoes in space to cut them, thereby ensuring reliable networks.

There are many within the satellite industry and the investment community who question how much focus the satellite industry should put on consumer broadband, given the competition from MNOs. It seems that a good opportunity exists for both industries if they work together to improve expansion, resulting in increased revenue, and performance potential in both industries. 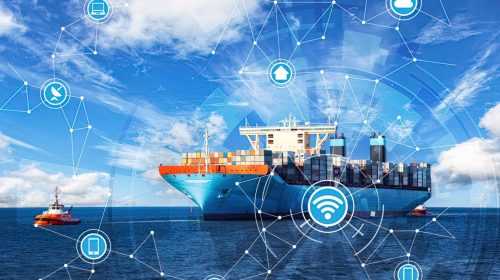