Hundreds, if not thousands of new LEO (Low Earth Orbit) satellites are being designed, developed and prepared for deployment over the next few years. The first SpaceX “Starlink” satellites are slated for launch any day now. OneWeb launched its first six satellites in late February 2019. For OneWeb, the launch helped to procure additional funding the company had been trying to acquire for a couple years. Just before additional funding was announced, Greg Wyler the founder and executive chairman of OneWeb (and the founder of O3b a MEO satellite service), announced that he had solved one of the biggest problems holding back deployment – the antenna.

LEO and MEO satellites orbit the earth, in east-west orbits that parallel the equator, as well as orbits that go north-south over the poles. Unlike GEO satellites that are fixed in position above the equator with antennas pointed directly at them, LEO and MEO satellites require antennas that track the satellite as it passes overhead and must be capable of “make and break.” As one satellite passes out of view, another will be coming into view, so the antenna must be capable of tracking multiple antennas and “make” one connection before it “breaks” another, and hand off the connection with no delay. Mechanical tracking antennas are too bulky and expensive for the consumer market for whom some of these NewSpace satellite operators are hoping to provide services. Flat Panel Antennas (FPAs) developed thus far, have largely been designed for niche markets such as aviation, maritime and train/bus markets, but that price point is much too high for the consumer market. 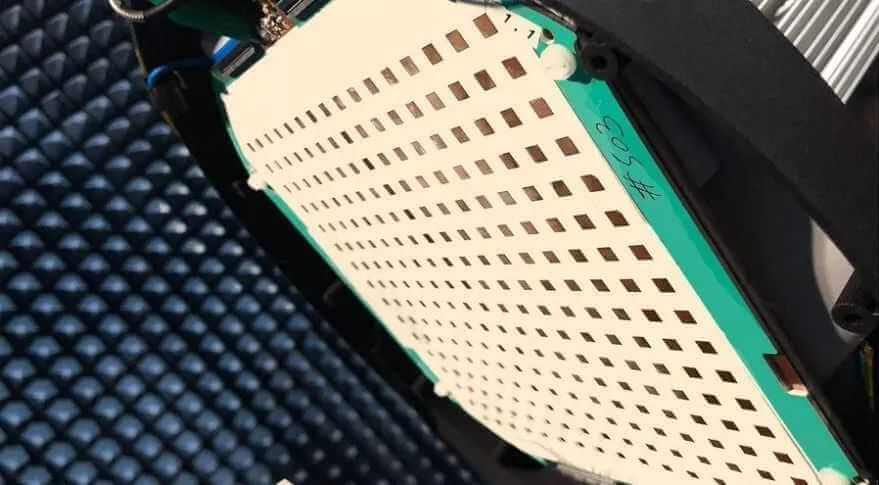 Greg Wyler claims to have solved this problem, claiming a $15 array, developed by a company, Wafer, that he designed as a side project, will support a $250 – $350 phased array antenna that others had claimed would be unachievable. For OneWeb’s system, comprised of 600 – 900 satellites, to succeed, inexpensive, high-tech antennas that can track multiple satellites are vital. Wafer has not determined yet whether it will build a complete terminal, or just the antenna. As Wyler said, “The key technology is the antenna. You pack that with a modem and a battery, and you have a terminal.” Qualcomm, a OneWeb investor is building the modems for OneWeb’s user terminals. The antenna is the hard part. 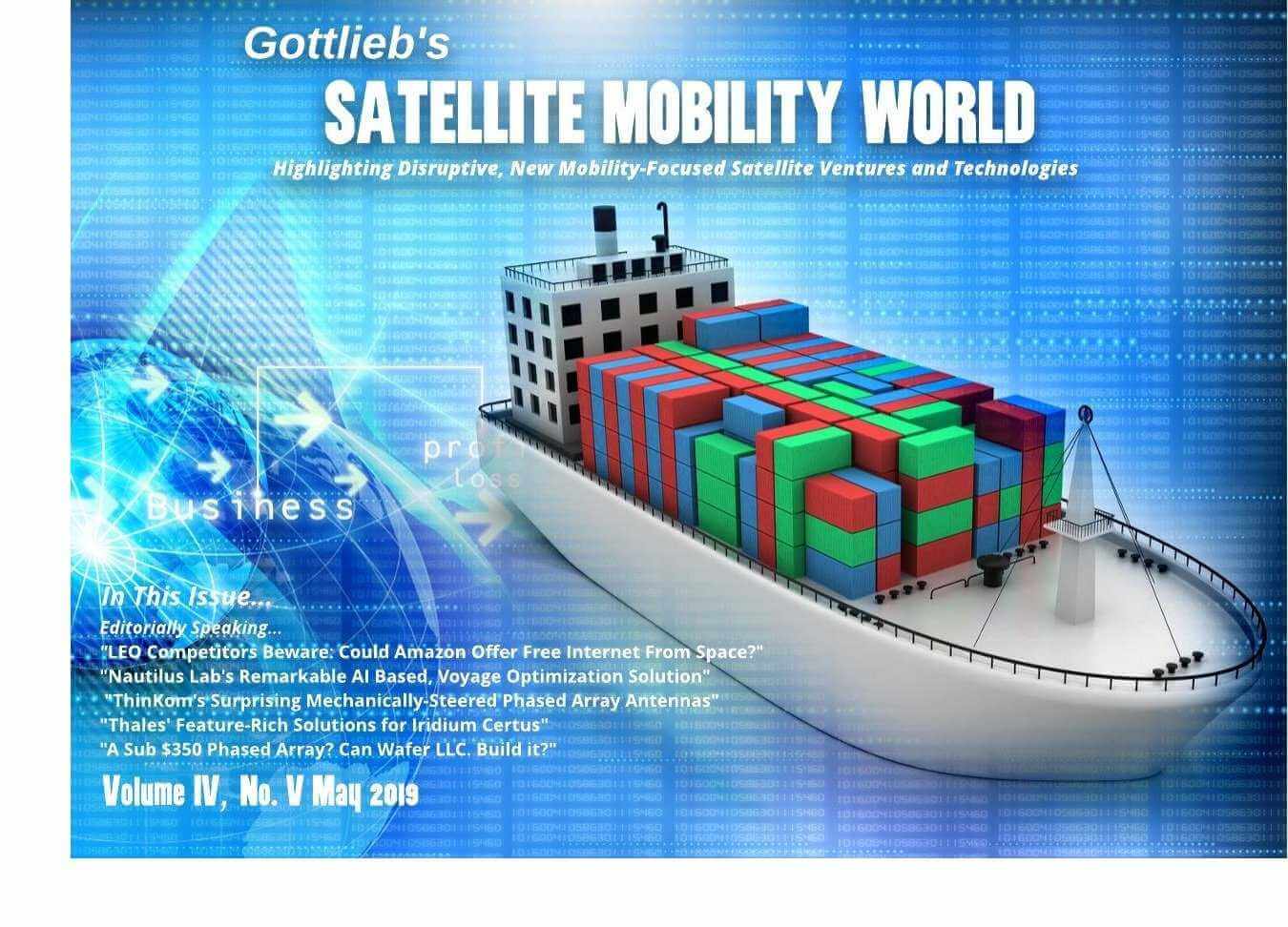 In an interview with Satellite Mobility World, May 2019, Wafer’s CEO and founder David Haziza (Dedi) provided an update. Haziza is a well-respected satellite antenna entrepreneur, highly experienced in radio systems, microwave circuitry, and antennas with 20 patents to his name, and more on the way. Touting a potential $250 (delivered) cost for his FPA, Haziza credits a large R&D investment into material science to the hopeful accomplishment. Wafer produced a hardware phase shifting device from the ground up, leveraging new material and a new design. Additional savings will be achieved by developing the terminal components (Radio, BUC, LNB & controller) in-house. The Water antenna will send and receive on the same antenna by leveraging left and right polarization. Many of the FPAs being developed today require separate antennas for transmit and receive, thereby increasing their cost and complexity.

A key feature is something called “true time delay.” This is all about bandwidth. Conventional phased arrays shift a single, specific frequency, which limits the bandwidth. True time delay shifts the entire range of frequencies that are received or transmitted, providing a much wider bandwidth capability. The 2 ft. x 2 ft. antenna is the functional equivalent of a 60 cm parabolic antenna. The antenna is primarily designed for LEO and MEO (Medium Earth Orbit) satellites but can be used with fixed GEO satellites as well. All FPAs have an issue seeing GEO satellites as they move beyond 30 degrees of latitude, so as it moves away from the GEO satellites fixed above the equator, the antenna would have to be tilted to see these satellites.

The Wafer antenna is designed to be less than an eighth of an inch thick. The 2 x 2 panels can be combined to provide different size and shape antennas. Being able to produce a cost-effective, thin, low-power antenna that is ultra-light and can be produced in large volumes should change the playing field. Up till now the high part count for electronically scanned antennas has made it very difficult to make the costs affordable for the consumer market. Even a breakthrough like Kymeta’s antenna based on metamaterials progressed slowly.

Prototypes tested by Wafer indicate that download speeds up to 50 Mbps are possible, and the antenna “tiles” can be combined to provide higher throughput. The plan is to manufacture the antenna at a consumer electronics scale. The price needs to be between $200 and $300 complete and delivered to the customer. Wafer’s $250 target is based on a million units, which they say they can produce quickly as their entire facility is fully automated. The first version will support Ku band, but Wafer claims it can support Ka, X and V bands in the future, at similar price points.

Following several years of effort and more than 500 iterations, Wafer says the antenna could be available in 2020, which would line up nicely with OneWeb’s LEO satellite deployment schedule and plan to begin offering regional services that will eventually become global. On the Exhibit floor, there was a lot of excitement around LEO satellites at the Satellite 2019 show attended by the author on May 7, but not so much excitement around FPAs, from this perspective. Wafer did not attend. A couple FPA vendors who did have booths, have products that are still in development, others are for specialized aircraft, maritime, and large transport markets, and are far from affordable for typical consumers.

Editorial: It’s hard to imagine SpaceX deploying 4000 satellites without some plan for the terminal – unless they, like O3b, intend to deliver services to mobile network operators, wireless ISPs, cruise ships, and similar clients, rather than direct to the consumer. They have not been vocal about their intentions, but they may not need a consumer market, given that they are essentially placing an intelligent, switching fiber network in the skies above us, that perhaps, like fiber networks on the ground, will connect to a range of large customers and network operators, and seldom direct to consumers. OneWeb’s constellation does not feature satellite to satellite links, as does SpaceX, so they will not have this same flexibility and may indeed depend on a consumer market to succeed. O3b did not deliver to the “Other 3 billion,” as the company name suggested, but it’s signing up customers and delivering services. The pricing is on a par with GEO pricing – but the latency is much lower and for applications that require that, O3b has an attractive service.

Whether Sandra Bullock in “Gravity” had anything to do with it is uncertain,…