Flat Panel Antennas in the News at OneWeb

OneWeb recently announced a new, small user terminal designed to work with their expanding Low Earth Orbit (LEO) satellite constellation, providing internet access for governments, businesses, and communities around the world. At about the same time, Kymeta announced the successful testing of the Kymeta u8 flat panel antenna (FPA) on OneWeb’s LEO satellite network, and announced joint development for a new, smaller user terminal. What sort of considerations are there in developing and selecting antennas for new LEO constellations such as OneWeb?

Whitney Lohmeyer, the first engineer hired at OneWeb helped evaluate different technologies for the new terminal and is an expert on antenna design. Lohmeyer, an assistant professor of engineering at Olin College, a research affiliate at MIT in aeronautics and astronautics, has great expertise in the ground systems development. In an On-Orbit Podcast by Via Satellite, she spoke about some of the considerations for selecting the technology and design for a new antenna.

Lohmeyer confirms that both parabolic and flat panel antennas can work with GEO, MEO and LEO satellites, but there are key advantages in FPA (flat panel antenna) technology being developed to work with the new MEO and LEO constellations. Pairs of parabolic antennas being used with LEO satellites can be smaller than those used with GEO satellites, and still achieve high performance, but the lower the satellites are, the faster they are moving by and the harder it is for the parabolic antennas to track them and hand off connections from one to another. A new OneWeb satellite is passing overhead every 3 minutes. While one antenna is tracking the overhead satellite, another antenna must be searching for the next one coming into view. All of this is mechanically driven and creates mechanical engineering challenges, not to mention the associated service and maintenance required for moving parts. Of course, mobility is a challenge for parabolic antennas as they do not have a low profile like FPAs. 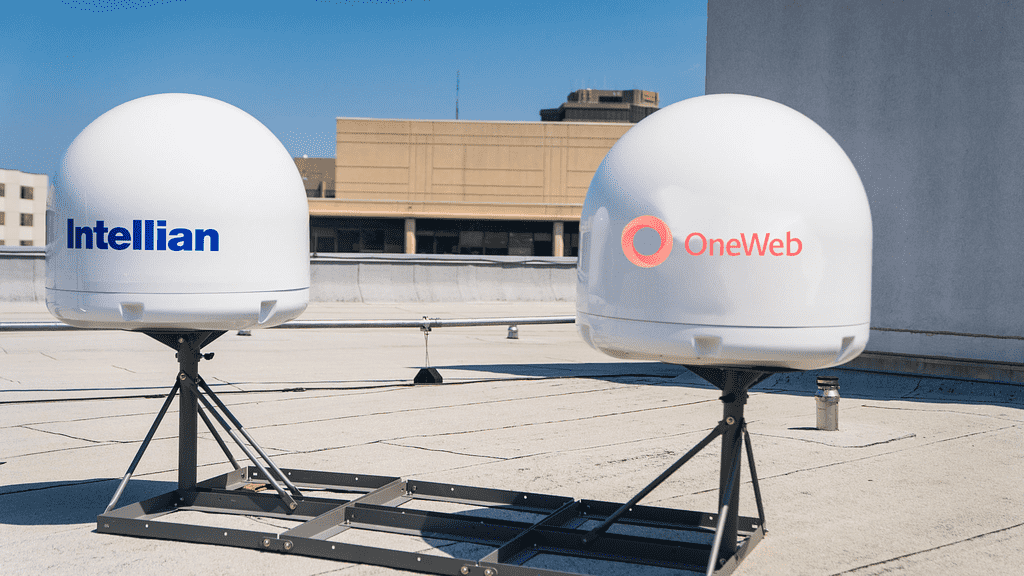 Competing with parabolic antennas are new ESAs or Electrically Scanned Array antennas, sometimes referred to as Phase Arrays. One version of this technology is Variable Inclination Continuous Transverse Stub (VICTS), and another popular direction is with Lens Array antennas. Designing or selecting a new FPA has certain goals. Lohmeyer says most FPAs start off with the consumer market in mind and end up as enterprise antennas. Consumer terminals must be very cost effective. This is difficult, given the goal of trying to get a terminal to the $500 – $1000 price point. Many industry analysts say that to be truly successful a consumer terminal needs to cost $300 or less. It is widely believed that Starlink currently loses around $2000 per VSAT antenna, which they hope to make up over time with service fees. Lohmeyer praises the Starlink antenna design but notes that the physics behind the design of these antennas, keeps the cost well beyond what would be preferred, particularly for consumer terminals. 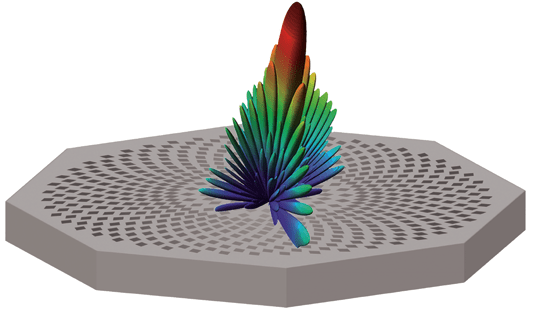 Why is hitting a lower cost point so difficult? For one thing, ESA solutions require many radiating elements backed up by RF components. Controlling the phase of these elements allows the generation of a single or multiple beams. The problem is that satellites are so far above the ground, even LEO satellites, that a lot of power is required to close the link at broadband speeds. Generating the necessary signal strength requires many of these expensive radiating and RF components along with a lot of power and the antennas end up being larger and more expensive than desired. As mentioned, many FPAs start off with the idea of going after the consumer market. After working to hit performance goals, they end up with larger antennas at higher costs, and migrate to the enterprise space. Physics gets in the way of a smaller, less expensive antenna. To generate the signal strength needed, power and component costs impede the best laid plans.

Other design criteria are important, but cost is playing a major role now. In addition to being cost-effective, an antenna must be low weight to support portability. It must be high performance, delivering targeted bandwidth rates, and it must be easy to install. There is growing demand for smaller, mobile FPAs, however there is little difference between a fixed and mobile FPA solution. The same technology is required, whether the antenna is mounted on a consumer’s roof or a commercial airplane. What restricts the size of the FPA for either application, Lohmeyer explains, is physics.

People ask why they can listen to satellite radio with a very small antenna, perhaps the size of a pack of cigarettes, mounted somewhere in their vehicle, but need a much larger antenna to get internet access. The difference is profound. The radio service is a simple, relatively low speed, one-way broadcast with a signal needing only to be received from a stationary GEO satellite. The antennas for LEO or MEO internet access must manage both an incoming and outgoing beam, and often multiple beams, switching from satellite to satellite as they pass by overhead, and they must support high bandwidth rates in the process.

The antenna must actively steer beams and must manage signals coming from multiple different directions. It must send out at least one beam and sometimes multiple beams to different locations at the same time and in the process, change beam configurations on the fly. This is a much more complex process than simply receiving a low-speed satellite radio broadcast. Having the satellites closer to the ground provides real benefits, but it creates technical challenges based on limitations set by physics and component costs. 5G is facing similar issues as providers attempt to develop small unobtrusive antennas that can bring 5G inside buildings.

VICTS, or Variable Inclination Continuous Transverse Stub is the technology ThinKom is based on. These antennas have ended up being well suited for aircraft. The technology has been proven, and the company continues to work with other frequencies and scales. If you’ve flown on an airplane that offered internet service, it almost certainly had a ThinKom low-profile antenna.

Lens Array antennas are represented by Kymeta, Isotropic Systems, a company with similar (dielectric) technology called Wafer, and there are several others in the works. Of particular interest to OneWeb is Intellian, typically a leader in parabolic antennas.

Partnering with Intellian Technologies, a leader in parabolic antenna technology, and Collins Aerospace, OneWeb has announced a small new user terminal designed to offer high-speed connectivity to enterprise clients around the world. Roughly the size of a briefcase, the OW1 terminal promises high performance in a small 50 x 43 x 10 cm form factor weighing about 10 kg.

The unit supports an integrated OneWeb satellite modem in an environmentally sealed outdoor unit with optional mounting options such as a stabilized J-mount. It uses a single cable providing combined power and data to an indoor router used to connect user devices. Pricing and availability were not announced. OneWeb expects to bring service to Canada, the UK, and Northern Europe later in 2021, and to complete deployment of its full fleet of satellites in 2022. At the time of this article, there were 288 OneWeb satellites in space, with the intention of deploying 650. OneWeb satellites are somewhat higher than Starlink satellites, although certainly still in low Earth orbit. As a result, each satellite has a larger footprint. Think of shining a flashlight at a wall from 3 feet away, then 10 feet away. As you move further away, the circle of light gets larger; similarly, fewer satellites are required to provide global coverage, when their orbit is a little higher.

Kymeta, a leader in COTM (Communications on the Move) solutions is also working with OneWeb for a smaller, flat, high-performance terminal directed to the enterprise market consisting of government, military, enterprise, maritime and first responder clients. They are developing the u8 Prototype LEO User terminal, but in the meantime, the commercially available Kymeta u8 FPA has been successfully tested and demonstrated on OneWeb’s LEO service. Note that BusinessCom Networks offers a COTM service based on the Kymeta family from a GEO platform that has been extensively tested by us. See: On the Move Services. 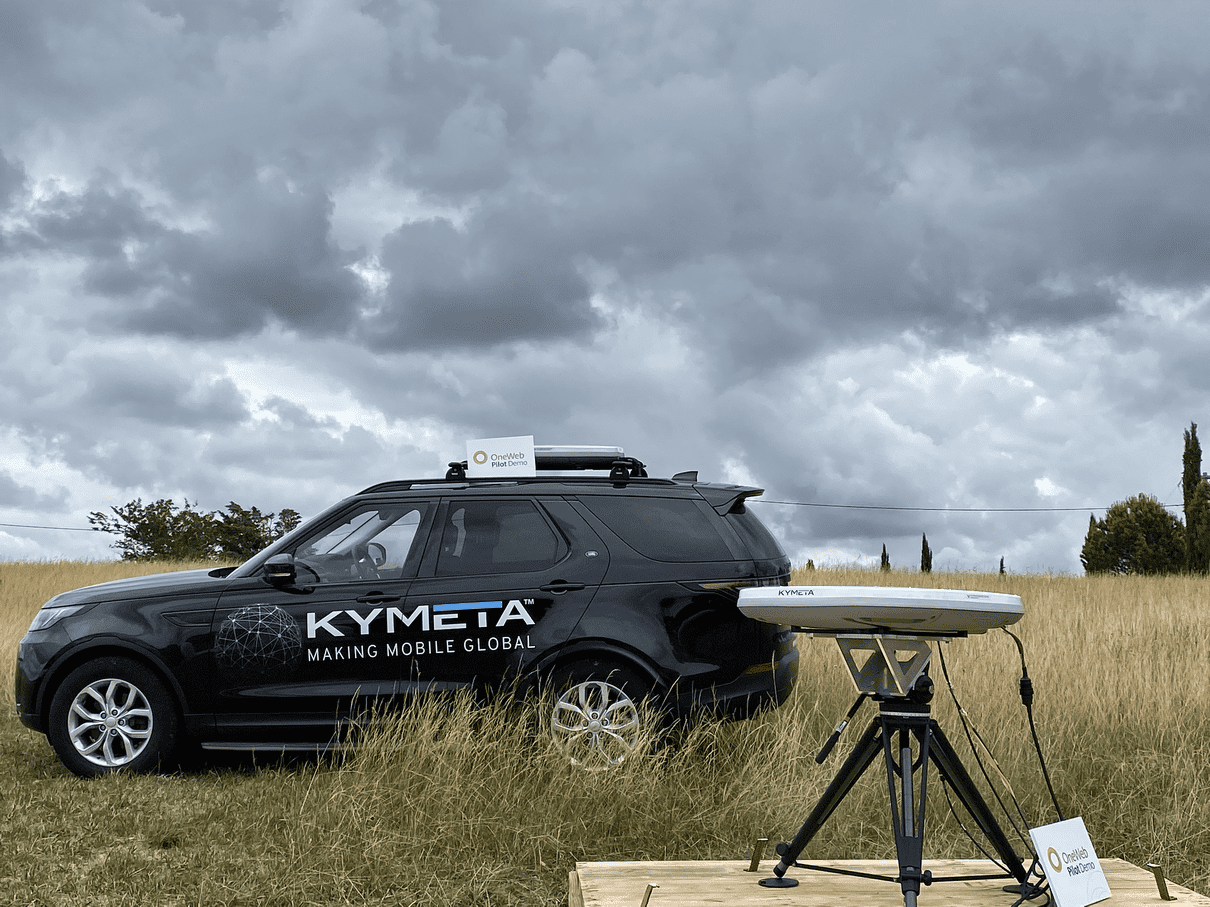 The Kymeta u8 is now confirmed to be compatible with both GEO and LEO satellite constellations. This may be a unique capability at this time. The antenna supports both fixed and mobile services. The Kymeta u8 is already marketed to the enterprise market OneWeb is targeting, so when their constellation is fully deployed in 2022, Kymeta will be well prepared to support delivery of COTM services based on the OneWeb constellation.

Kymeta demonstrated full-duplex communications between the Kymeta u8 and the OneWeb satellites, achieving download and upload speeds of 200 Mbps down and 40 Mbps up, with repeated tests. The setup was fast and easy and satellite acquisition was rapid. The test which included unboxing, deploying, and establishing a link with the satellites was reported to be faster than in any previous tests by other vendors. 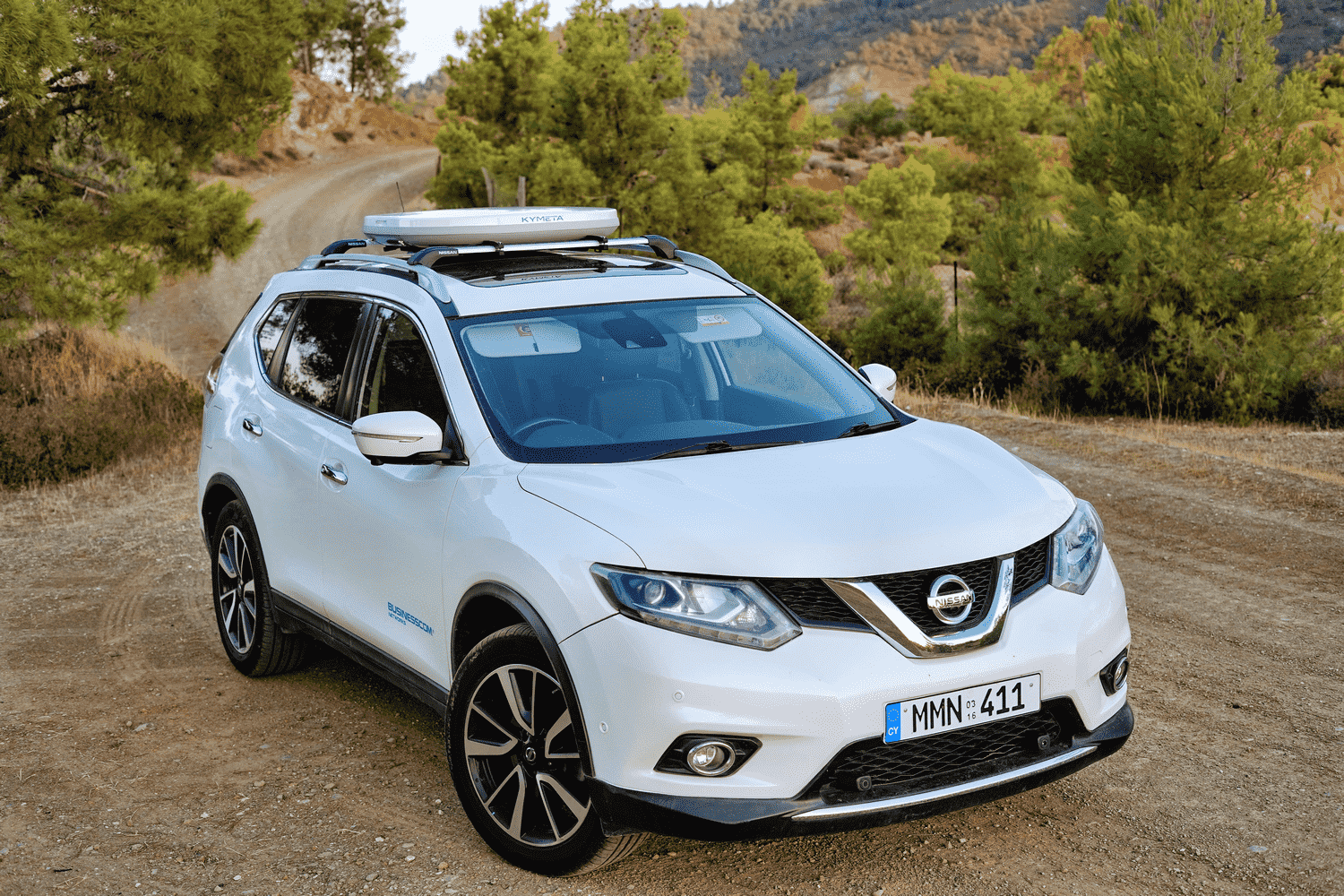 OneWeb is beginning to set up partners in countries where it will first provide services. Unlike Starlink, specifically designed for the residential consumer market, where the standard mantra is, “you can have it our way, or you can have it our way,” OneWeb will provide more of the enterprise features and capabilities that BusinessCom leverages. For example, OneWeb partners will provide their own IP routing, addressing, and peering to clouds and terrestrial network service providers. Here at BusinessCom Networks, we are watching progress with great interest. We have experience, for example, with the Kymeta u8, delivering COTM services on GEO satellites, and anticipate delivering services on LEO satellites at some point in the not-too-distant future.