“We’re not just building a facility, but an ecosystem for the private space sector,” said Abhishek Raju, director at the Bengaluru-based space start-up.

Dhruva Space is developing a 12-kilogram satellite for Amsat India, a member of the international amateur radio operators association.

The two companies plan to launch the first satellite in 2016 and hope to break into the defense, vehicle tracking, disaster management and other markets.

“With skilled human resources in spacecraft manufacturing and design, and arranging the required testing facilities, such a facility is a good step towards commercializing the space sector,” said Sridhara Murthi, a leading expert on space industries in India.

Space technology startups such as Dhruva Space are eager to see a framework for the industry established in India.

“Our traction will become exponentially large with a framework in place,” said Narayan Prasad, director and chief technology officer of Dhruva Space.

A legal framework for the space technology industry in India is one of the first steps, according to Balakista Reddy, head of the Centre for Air and Space Law at NALSAR University of Law.

He said that legal framework needs to address questions of insurance and liability, the procedure for the adoption and implementation of space programs, intellectual property rights protection, and regulations on the safety of satellite launch and space flight.

We are coming out of that time in the spring, when satellite services suffer from short outages that… 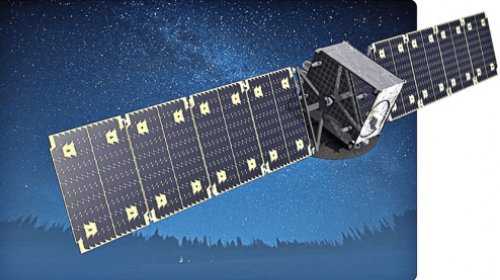 In July 2019 we discussed a new satellite platform for GEO orbits. See: MicroGEO Satellites Stake out…