The fastest segment of the Oil and Gas industry is mining. This market presents an ongoing and increasing opportunity for satellite communications. Northern Sky Research (NSR) predicts that this market will grow by more than $150M between 2017 and 2027. Mining companies are seeking increasing demand for bandwidth as new technology works its way into the industry. Growing requirements include intensive data reporting, real-time images and video, not to mention the growing use of IoT (Internet of Things) sensors that are used for safety, security and monitoring.

The mining industry is gradually presenting a growing demand for satellite connectivity as diversified miners around the world focus on increasing productivity and maximizing the value of their operational assets. New mining juniors are expanding exploration to meet expected demands for a wide range of metals and minerals. As the mining industry’s move to digitalization progresses, the “fully automated mine” uncovers a growing revenue opportunity for the broadband satellite industry.

The satcom opportunity in mining is centered on mines in production and later stages, more so than exploration and development mines, which represent about half the overall market opportunity in this sector. Retail revenues are expected to grow at 8.6% CAGR in the decade ahead. This industry is hungry for low latency, high-bandwidth connectivity, providing an opportunity for non-GEO HTS services, expected in the years ahead.  The next generation of MEO (Medium Earth Orbit) and LEO (Low Earth Orbit) satellites will deliver low latency, high bandwidth solutions that will fit nicely into the growing requirements for supporting mining operations.

However, there is still a growing market for standard FSS (Fixed Satellite Services) whether it provides HTS (High Throughput Satellite) or legacy broadbeam services.  These services are more than adequate for bandwidth hungry cloud-based applications, video conferencing or morale and welfare services for workers.  Such services contribute to improving overall productivity and safety in the mine.

As bandwidth needs continue to increase for the mining industry, and contribute to retail revenues, they will support the adoption of new LEO/MEO satellites which feature low latency and larger capacities, but NSR predicts FSS Ku-band services will maintain their current domination in revenue.  Although the growth will be slow and steady, low-throughput but critical communications requirements will continue to play a role in the development and production phases of mining.  The primary consideration will be for reliable, secure coverage.  Cost of course, is always a factor, and how and if LEO/MEO satellites drive them down is yet to be determined. NSR anticipates that even as fiber and microwave reach further into remote areas, satellite will continue to play a growing role. Terrestrial communications will play a large role in long term operations that last for decades, while satellite will continue to play a critical rule in exploratory and development operations.  In the larger, long term operations, satellite will continue to offer backup and redundancy solutions.

Following the commodities downturn, mining corporations focused on getting the most bang for their buck out of existing assets to maximize production.  Satellite’s role is expanding as the upswing in commodity pricing drives new exploratory and development operations.  Given the increase in demand for both traditional minerals and “new-age” minerals which are expected to increase over the next decade, many new opportunities for satellite connectivity will arise.

Additionally, as IoT and data analytics play a greater role, the connected, automated, intelligent mine will emerge.  Digitalization will drive demand for more and more broadband satellite connectivity in the mining industry. 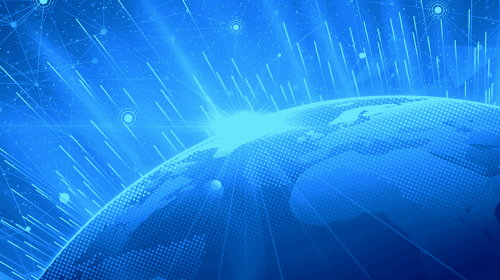 BusinessCom Networks specializes in broadband satellite services, but from…