Whether Sandra Bullock in “Gravity” had anything to do with it is uncertain, but the world is slowly waking up to the reality of space debris and the dangers it poses, not just for space operations and travel, but for human civilization itself. In much the same way, that we are waking to the dangers of all the plastic we’re dumping in oceans, so too is awareness being raised regarding the trash we’re dumping in space. 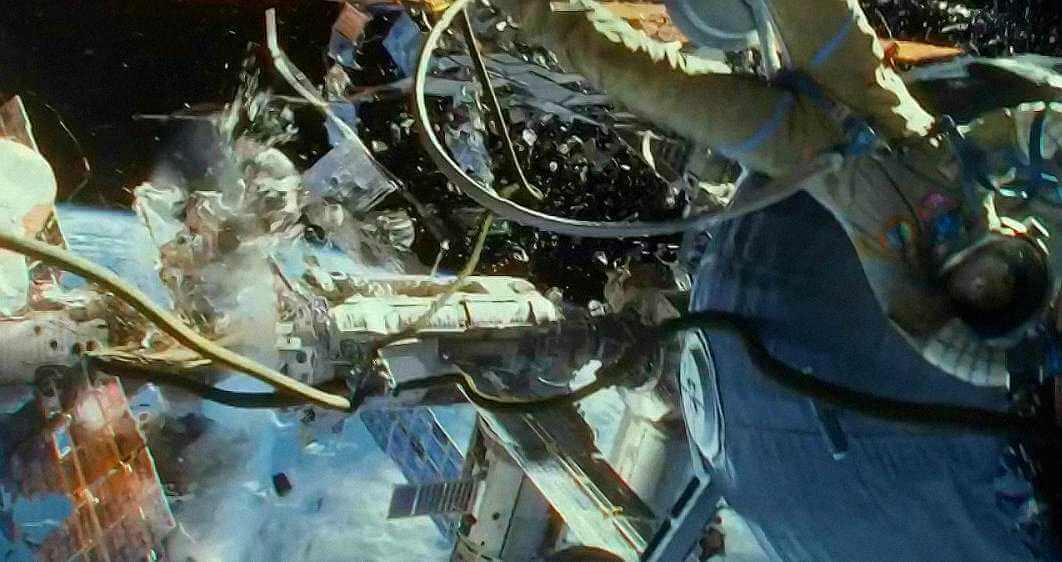 The issue of space junk has been addressed in this blog before, but to recap, there are approximately 23,000 objects large enough to be tracked in earth orbit. Most of this is in LEO (Low Earth Orbit). These objects range from the Vanguard I satellite launched in 1958, to 1,150 active spacecraft, thousands of retired spacecrafts, and objects ranging from 25-meter long rocket stages to lost tools. Trackable objects are generally 10 cm or larger. The number of smaller objects between 1 cm and 10 cm is estimated to be as much as 500,000 or more, and items smaller than that may range up to 150 million.

Three events brought the issue to a head. First was the 2007 Chinese anti-satellite test, followed by a 2009 collision between Iridium 33 and Cosmos 2251, and the third was the explosion of a Russian BRIZ-M rocket in 2012. These three events doubled the number of objects in orbit, significantly increasing the likelihood of collisions. The issue of space debris has once again been elevated in visibility as India successfully tested its new anti-satellite weapon in March 2019.

India has indicated that it has no intentions of stopping its “space deterrence” technologies designed to knock out enemy satellites. India, and presumably other countries are working to develop DEWs (directed energy weapons), lasers, EMP (electromagnetic pulse) and other weapons of destruction. India is now the fourth nation capable of destroying satellites, along with Russia, the United States and China. Having demonstrated that it can knock satellites down, India’s government has asked its national security advisor to formulate a space doctrine, putting protocols in place to make its anti-satellite capabilities operational. India has expressed no concern over kicking off a space weapons race and plans to deploy offensive and defensive space weaponry. As part of this doctrine, India will determine whether to retain the no-first-use policy that it currently employs for its nuclear doctrine. India’s test produced hundreds of additional pieces of space debris. Most of this should fall to earth and burn up over time, given that the test was conducted in a low orbit, however there is a very small chance that debris could create problems for satellites as high as the ISS (International Space Station).

Space, particularly LEO (Low Earth Orbit) space is about to get much more crowded. Amazon has announced plans to launch 3,236 satellites. SpaceX is building the first stage of their Starlink mega constellation with 4000 satellites under development, and over 8000 to follow. OneWeb and Telesat also plan to launch hundreds of satellites over the next few years. On top of this, there are hundreds of planned CubeSats. With this exploding spacecraft population, a huge increase in space debris is inevitable. Researchers expect that if no debris and removal programs are implemented, in a decade LEO space will be overwhelmed by debris. If this happens, the world’s economy will be seriously affected – perhaps set back a couple generations. Not only would the military be seriously affected, but how would our society react to losing GPS, DTH (Direct to Home) TV, voice and data communications, satellite weather, imagery, tracking and other services we take for granted? 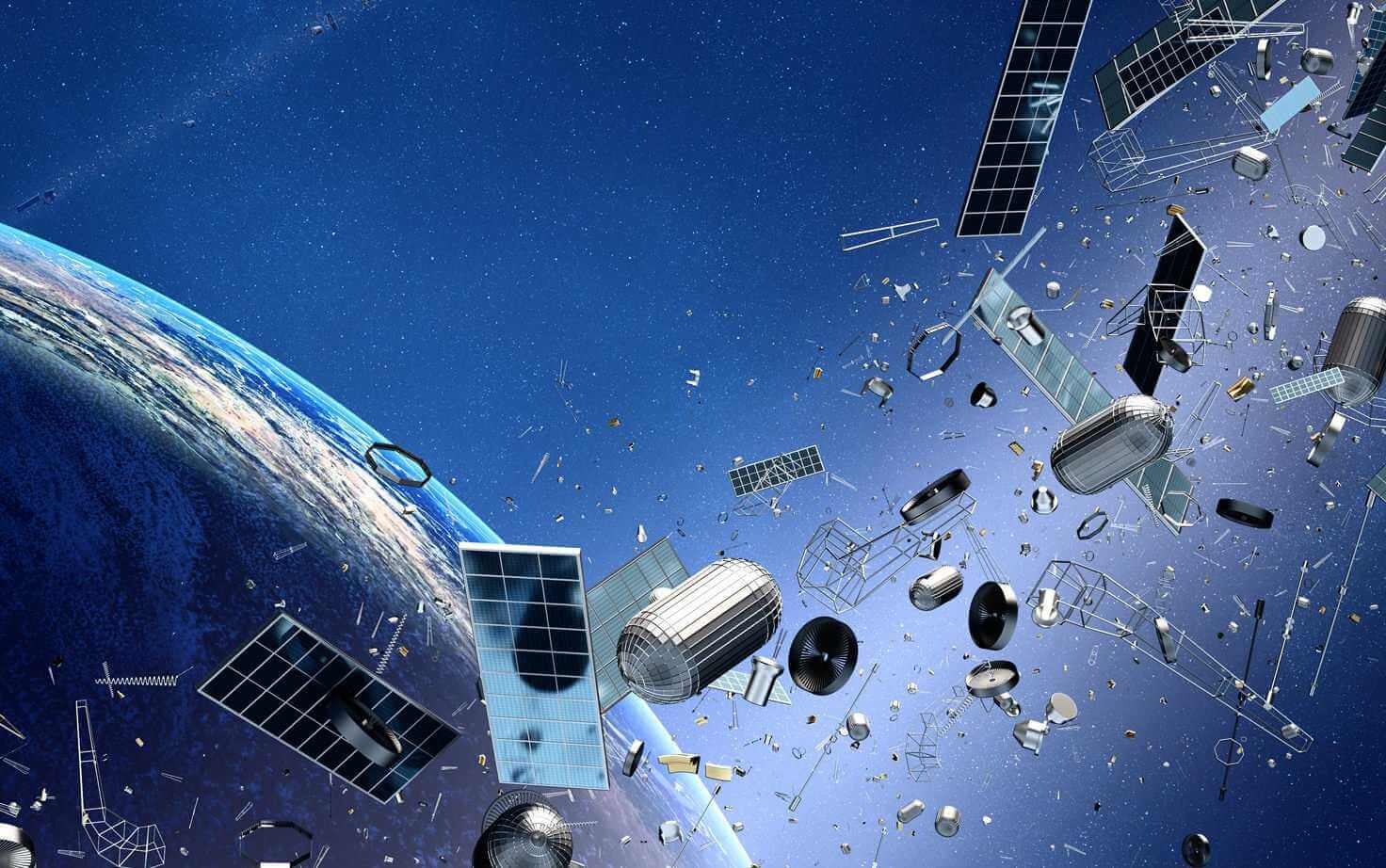 At this point, there is no known way to clean up space if this happens. Such a cleanup, even if it were possible, could take decades or even centuries. Space contributes a great deal to our technological development and making it unavailable, some researchers claim, could set us back by 20 years or more.

Just as the best way to keep plastic from polluting our oceans is prevention, so too is prevention the best way to prevent this looming catastrophe. Satellite operators must agree to adhere to best practices that prevent debris. This must start by doing all we can to prevent debris-generating collisions. This starts by having operators join and feed data into the Space Data Association which tracks debris and can warn operators of potential collisions. The more members, the more data available.

Another critical element is managing what happens at the end of a satellite’s life. Historically satellites have largely been abandoned when their missions were complete. LEO mega constellations being deployed in the years ahead, were designed with extensive de-orbiting procedures. These satellites are designed to be pushed down into earth’s atmosphere where they will burn up, at the end of their operational life. SpaceX, challenged by a competitor because it was claimed some of their debris could last all the way to the ground potentially causing property or human damage, has announced that it is redesigning its LEO satellites so that nothing will remain when they remove a satellite from service. These de-orbiting procedures were not in place for the many small, cube or nano satellites orbiting up there already. Operators and governments must agree that all new satellites be designed with a de-orbiting solution.

For GEO satellites, the key is advanced warning. These satellites can move in order to avoid debris headed their way. The problem is that it is very difficult to track smaller pieces of debris at those altitudes. It used to be assumed that collisions with smaller objects would have minimal impact, but more recent studies indicate that colliding with an object as small as 20 cm could result in significant debris being generated, making the problem worse. If we can develop means to track the debris in GEO space, we can warn operators who can take preventative actions. Intelsat 29e, a new technically advanced satellite recently went out of service as fuel was ejected from the spacecraft placing it into a tumbling orbit along the GEO arc. Whether this failure was the result of an impact is unknown, but the satellite itself, unless it is somehow recovered, is now space junk floating through space in line with other critical GEO satellites. 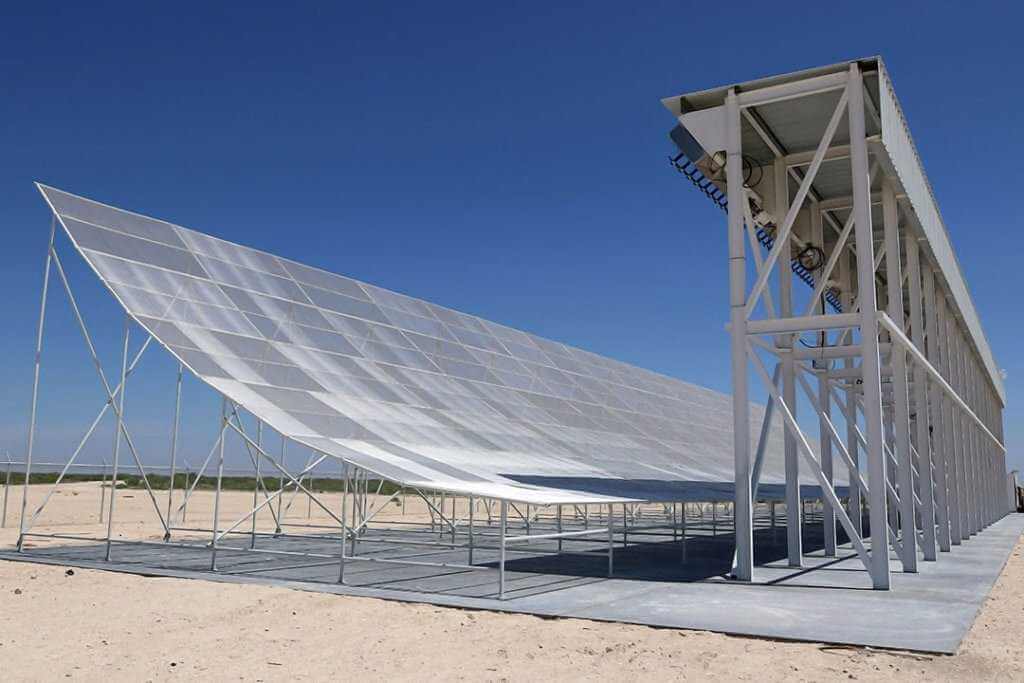 Leolabs, a Silicon Valley startup is preparing to bring its LEO tracking services to the commercial market. The company is positioning itself to provide services for companies deploying mega constellations of LEO satellites. Satellite operators desperately need real time awareness, a critically important element that is missing from most tracking systems. Leolabs claims they will know of situations such as new collisions within a couple hours and will be able to relay information to operators so that they have time to move their satellites out of the path of incoming debris. To accomplish its goal, Leolabs will deploy additional radar facilities around the globe in far northern, and southern latitudes, to monitor debris in polar orbits, and along the equator where it will monitor satellites in low inclination orbits – that is orbits that stay close to the equator. 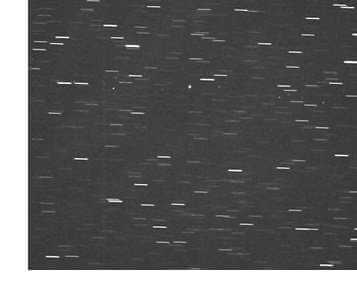 Researchers have a new collection of space debris to study and model, as the upper stage of a rocket launched 10 years ago has crumbled to pieces in late March 2019, for unknown reasons. This event created a field of debris that is in an eccentric orbit which reaches as high as 34,700 km (21,560 mi) to as low as 6675 km (4150 mi). This debris field orbits just above MEO (Middle Earth Orbit) and just below GEO, providing researchers with an opportunity to test the understanding of debris fields, and to learn how to model them. The Atlas V Centaur upper stage began as a single structure 12.5 meters in length, but now consists of objects as small as a few 10s of centimeters in size. In the image, the dots are pieces of debris, while the dashes are background stars, viewed as streaks as the camera tracks the rapidly moving debris field. 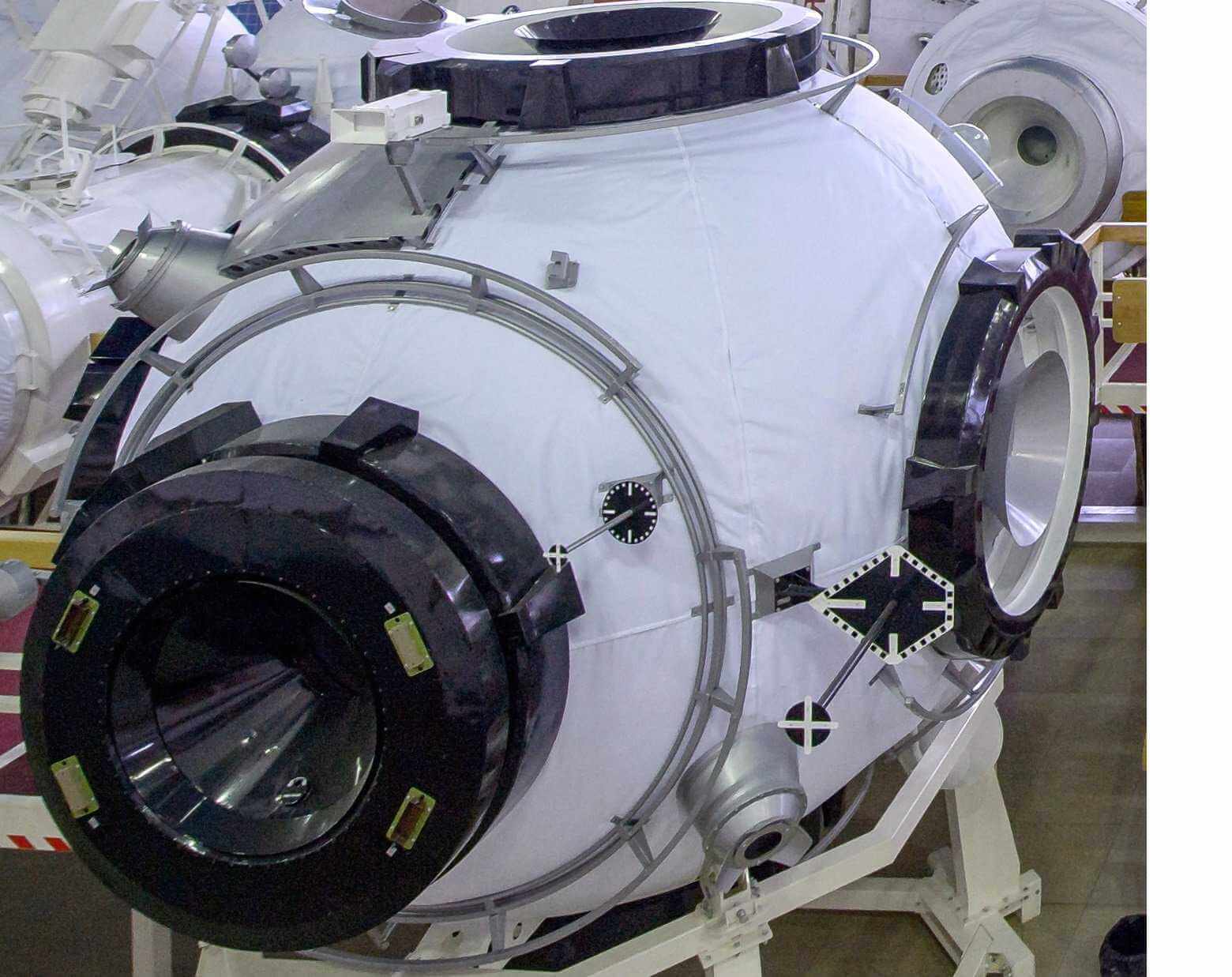 Another potential solution to prevent damage is shielding satellites with the same fabrics used in body armor. Russia’s Science-Power and Prichal Nodal modules, intended to become building blocks for Russia’s new space station, will be attached to the International Space Station (ISS) in 2021 and 2022. These scientific and energy modules will be wrapped in body armor fabric, to provide meteorite protection. Other modules on the ISS are shielded by multiple layers of Nextel and Kevlar body armor fabric to protect against meteorites and other forms of space debris. This makes sense for human occupied spacecraft, but probably not for most other types of satellites.

There are several schemes being investigated, including harpoons, nets, robotic arms, tentacles, sails and more. Nobu Okada, a Japanese entrepreneur, founded startup “Astroscale,” in 2013 with the aim of launching “space sweepers.” The Tokyo based company, now with 71 employees, has plans in 2020 to capture one of its own mini-satellites and nudge it out of orbit to burn up in the atmosphere. Is there a market for removing space debris? Okada says the current lack of a market means there is no competition for his company, noting that somebody has to clean up space, so the market is coming.

The primary customers for such clean-up opportunities will probably be the mega-constellation providers who must have clear paths for their hundreds or thousands of satellites, if their business plans are to succeed. Governments, which weren’t listening before, are now taking heed, given the risk to military assets as well as the potential economic implications if things get out of hand up there.

Another intriguing option comes from Russia. The state-funded firm, Russian Space Systems presented their concept for a satellite that would devour the remains of other satellites and associated litter. The satellite will be designed to recycle up to 500 kg of space debris during an operational cycle. It will use the recycled trash as fuel to chase down more debris. The satellite will be inexpensively deployed to lower orbits where it will find prey, grab it with a net, and then grind it into dust which will be mixed with oxygen and hydrogen gasses generated by the satellite itself creating a pseudo-liquid fuel using a processor on the satellite that regenerates water. This space “predator” will feed on other satellites and use the fuel it generates from those satellites to move into higher orbits with more debris.

When NASA communicates with its spacecraft in deep space, they use radio signals,…