Celebrating a 50 year anniversary, one of the first satellite companies in the industry, the Russian Satellite Communications Company (RSCC), is expressing some doubts and concerns about how successful the new LEO (Low Earth Orbit) constellations will be. Director General Yuri Prokhorov expressed some significant concerns in a recent interview about the satellite industry and where it may be headed.

In 1965 TSCC launched their first Molniya 1 telecom satellite, only eight years after the launch of Sputnik. Molniya 1 was a pilot project for telephone communications and TV sessions between Moscow and Vladivostok. RSCC hopes to continue the stable growth they have experienced over the last few years, but the company is changing. Prokhorov is leading RSCC to a new revenue path, one in which the company generates as much revenue from outside Russia, as it generates within it. The company is taking a closer look at the end customers and determining where the customer is going to obtain new capacity.

RSCC is of the opinion that GEO (Geosynchronous Earth Orbit) satellites, have a lot of life left in them. Prokhorov sees a lot of vagueness in the new LEO constellations being bandied about by new players coming to the market. He joins Tom Choi, CEO of ABS who has also expressed reservations about the new LEO constellations coming to market. RSCC is concerned that Return on Investment (ROI) is far from guaranteed, as companies rush into this new market. The company feels that the lack of clear answers to some simple questions, such as those related to frequency coordination, raise doubts about the viability of these new systems, and this suggests that LEO systems may not provide a short term ROI. The company questions whether the new constellations will sell enough capacity to provide a decent return on the investment.

Nevertheless, RSCC continues to look at LEO satellites, with the idea that when and if a business case can be made, the company will be ready to go. As such they are monitoring the various LEO and MEO (Medium Earth Orbit) satellite projects that are active today. Prokhorov suggests that “unhealthy hype” around companies like OneWeb, raise questions about their ability to succeed. The biggest problem is not knowing where the market is. There is a lot of capacity in GEO satellites that can provide services right now, and at lower costs than LEO or MEO constellations. New companies like OneWeb, might play a role in a couple years, but in the meantime, as a result of the hype, there is a concern that investors might not be putting their money into real telecom projects that are more likely to provide a profit.

The company in recent years has experienced 20 percent annual growth and is in a strong financial position. RSCC is not looking to acquisitions to move forward, having watched some that did not work out so well. Instead, the RSCC is seeking to form more partnerships, such as those it has forged with Eutelsat for a number of years. Some see RSCC as being at a key inflection point. It has a more diversified revenue mix, having moved into Latin America and other new markets in recent years. Seven new satellites launched into GEO, contributed to an increase in the satellite capacity on the market. Two additional satellites are being manufactured, and RSCC expects to order three more GEO satellites.

While nervous and unenthused by LEO satellites, RSCC is still looking at ambitious moves, such as Highly Elliptical Orbit (HEO) satellites which meet the needs of customers in Russia and the Arctic. Placing LEO satellites on a planet two thirds of which is covered in water, and largely devoid of customers, is one more reason Prokhorov doubts the new LEO projects. A HEO satellite can provide services to customers in northern latitudes that cannot see over the horizon to access any other satellites, LEO, MEO or GEO. HEO orbits are useful for communication satellites as they sit at a point in the sky for long periods on the approach to and descent from their apogee – or highest point. Satellites moving through the long course to apogee appear to move slowly and remain where sites at high latitudes have access to them for long periods of time. Prokhorov takes note of the number of potential customers over a planet covered with water, and contrasts that with the seven percent of the Russian population that lives in regions where fiber is scarce or non-existent. HEO or LEO? Which is the greater risk for RSCC. Time will tell. 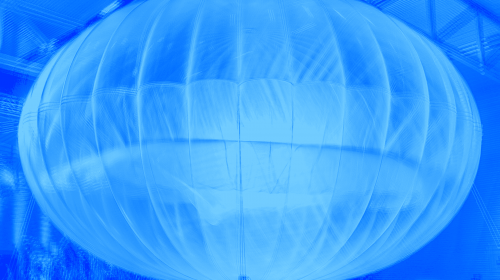 So was it A Looney Idea? In February 2018 we looked at Project Loon, a High…