Putting a Net Around Space Junk

A topic of growing interest is the “Kessler Syndrome,” the scary hypothesis that a chain reaction of events could occur in low earth orbit (LEO) as the result of collisions between various pieces of space junk above earth’s atmosphere. As one piece of debris collides with a satellite or other piece of space junk additional pieces of junk will be shed, resulting in more collisions due to more junk in a cascading disaster. Models show that the collisions may snowball out of control, destroying satellites in low earth orbit and leading to the unavailability of LEO, potentially for generations. The growing amount of space junk up there, leads to the growing potential for a Kessler Syndrome. This is of significant concern to NewSpace efforts to commercialize space, which plans to add thousands of new satellites into LEO in the next few years.

Several schemes have been proposed to clear LEO space of the junk that has accumulated there. Here are a few:

Europe’s ESA (European Space Agency) proposes seeking out satellite debris in a polar orbit. Various “capture mechanisms” such as nets, harpoons, robotic arms and tentacles, have been proposed. Update on the progress of this solution will follow.

CleanSpace One, is a technology demonstration spacecraft intended to launch from the back of a modified Airbus A300 jumbo jet. It will meet up with space junk and push it, to move it out of orbit.

Another interesting approach by the Japanese Aerospace Exploration Agency involves the use of an “electrodynamic tether” which would use current to slow down the speed of satellites, allowing them to gradually fall out of earth orbit and burn up.

Texas A&M University has proposed the Sling-Sat Space Sweeper, which would capture orbiting objects and then swing them into earth’s orbit like a slingshot. It would use the momentum produced by slinging one piece of debris to sail on to the next piece.

The British have proposed the CubeSail, which would use the drag of a solar sail to direct orbiting debris to lower orbits, where the atmosphere will pull them in.

Huffing and Puffing is yet another option. This clever option would push satellites into lower orbit by generating bursts of air from within the atmosphere. The idea is to use a balloon or other HAPs (High Altitude Platforms) to send pulses of air in front of debris orbiting above. The air slows the debris, leading it to fall to a lower orbit.

Finally, we have the “Knock that Junk Down with a Net” option. This fascinating option proposes a network of nanosatellites interconnected with a piece of electrically conducting tape, which could extend up to 3.2 kilometers (2 miles). Each of these nanosatellites would have nets about the size of a house that would be deployed to capture junk spacecraft. The interesting part is that this interconnecting cable generates electricity as the “net” passes through the earth’s magnetic field, and this can be used to generate thrust without the need for chemical propellants. It will move in essentially any direction, grabbing debris and pulling it to lower orbits.

All these proposals and more, are in various stages of development and testing. One such test, the first of its kind, was announced on September 19, 2018 when the RemoveDEBRIS satellite used a net to capture a deployed target simulating space debris. This was the first ever demonstration of ADR or active debris removal. Image shows simulated debris positioned by the ISS (International Space Station) and then a net being deployed to capture the object. 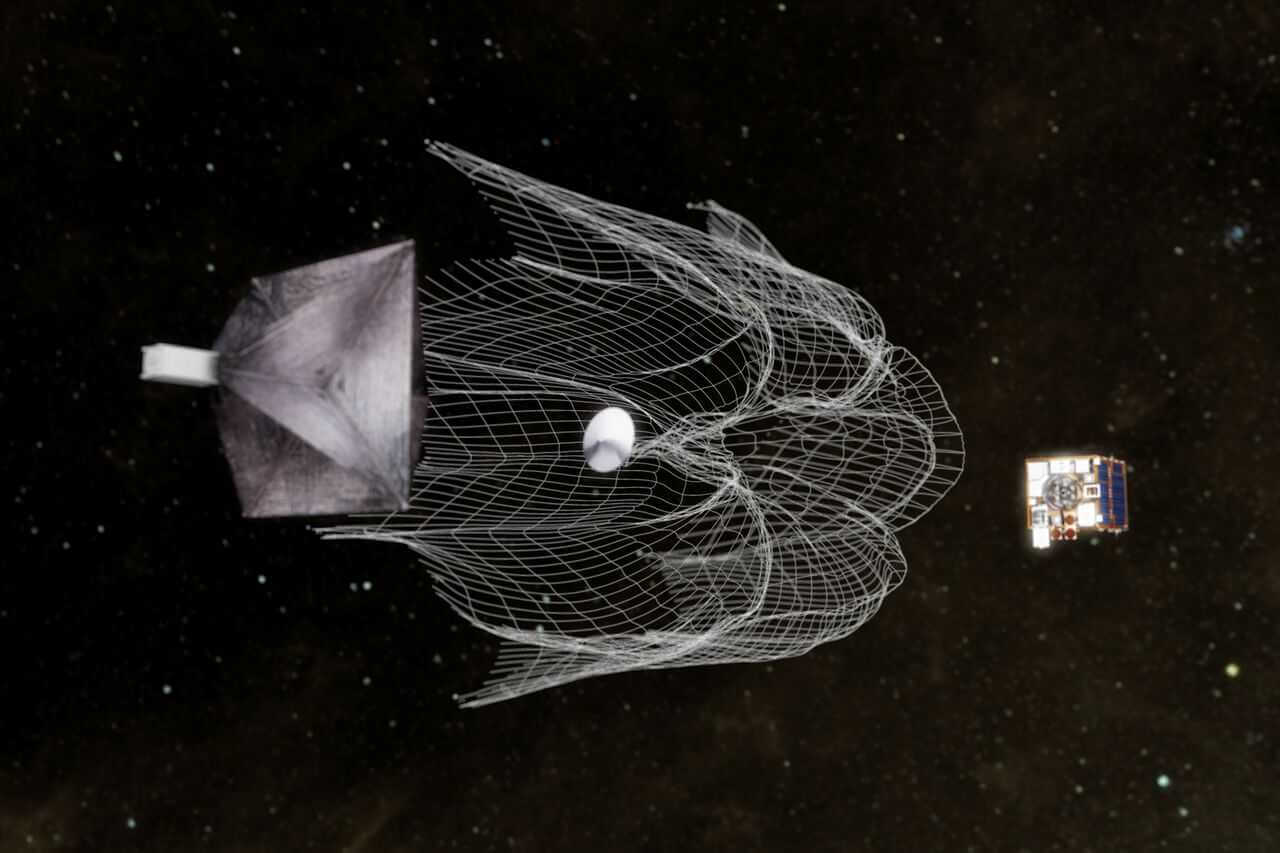 Although it looks simple, significant technical hurdles had to be overcome by a large consortium of participants. In coming months, there will be more tests including a vison-based navigation system using cameras and LiDaR technology to locate and identify potential debris. A harpoon technology will also be tested, and finally they plan to deploy a drag-sail to pull the debris into the atmosphere.

The RemoveDEBRIS consortium consists of: 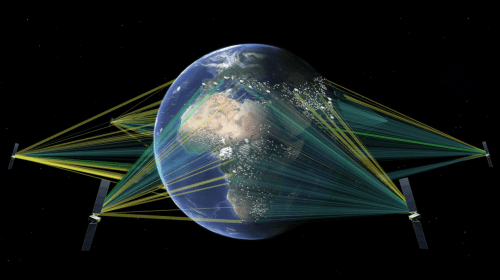