How Low Can it Go?

Something salespeople in the satellite industry learn quickly is the pricing “sanity check.” When you get a request from a small business for 100 Mbps of capacity, you know the chance that this is a viable opportunity is quite low, so you throw out a ballpark figure before diving into link budgets and hardware analysis to see whether the client jumps out of their shorts at the pricing. When they express dismay and incredulity at the rough budgetary pricing, you talk about how fiber is installed once and lasts for a very long time, while satellites are very expensive to build, launch and maintain, and they only last 10 – 15 years and must be replaced. The client at this point revises their requirements or groans and walks away in search of elusive fiber or microwave.

Broadband satellite capacity has always cost significantly more than terrestrial options, and therefore has been relegated to rural or difficult locations for fiber or microwave backhaul to reach. In recent years, however satellite bandwidth prices have been coming down at an accelerating rate, and the trend seems poised to continue. Can satellite ever compete with terrestrial options? It seems unlikely but let us look at what is happening in the industry.

Prices began to trend downward over the last five years or so, mostly due to the growing proliferation of powerful HTS (High Throughput Satellites). See Understanding the Basics of HTS for more information. However, it can be argued that the market itself has changed, and prices are unlikely to go back up. 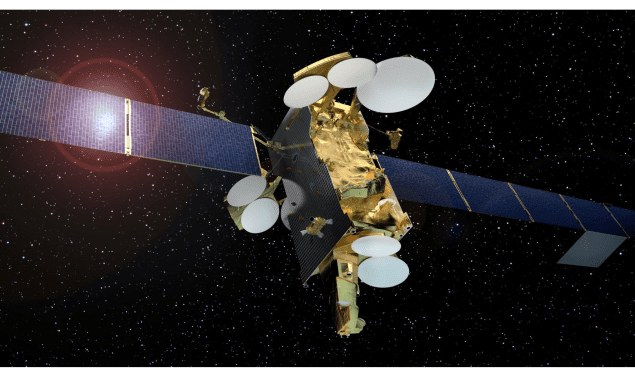 The disruption by HTS is ongoing as satellite manufacturers have continued to dramatically increase the capacity of new satellites, which reduces the capital expenditures per satellite for the operators. According to Via Satellite, “HTS systems coming to market post-2021 will be up to 10 times more efficient in terms of CapEx dollars per unit of capacity than HTS systems launched and ordered just a decade ago.” The next generation of HTS birds could be as much as 100 times more efficient than traditional widebeam satellites. Combined with existing widebeam satellites, the additional HTS capacity has led to oversupply in the industry, and this is expected to increase as new VHTS (Very High Throughput Satellites) platforms are launched and come into service. On top of all that, there are large NGSO (Non-Geosynchronous Orbit) constellations being deployed by SpaceX, Telesat, the now bankrupt OneWeb, and others. Unless COVID-19 pumps the brakes on the new deployments, it seems additional price disruption for satellite capacity will pick up in 2021-2022.

Prices for satellite broadband have come down, and video has not lagged. Consumer connectivity, mobile backhaul, trunking, aeronautical and maritime connectivity services have led the way on falling prices, but video is also being impacted. Satellite operators for TV distribution are protected to some degree from distributors running to newer more efficient satellites, because of the great deal of work required to repoint thousands or even millions of antennas. However, pay-tv platforms are pushing for lower capacity pricing given that these operations are not growing in many regions, often facing competition from OTT (Over-the-Top) platforms like Hulu, Netflix, Amazon Video, etc.

Finally, it seems that satellite operators are offering lower prices for peace of mind. By committing to a high-volume of capacity for a long-term, operators are willing in some cases to accept lower pricing. This business model is more secure than the market risks associated with selling a lot of capacity in small increments to many buyers. These and other factors have driven prices steadily downward. How low can they go? As a rather extreme (by current standards) example, in 2019 Hughes leased approximately 50,000 Mbps of capacity on the soon to be launched Jupiter-3, which is currently struggling with COVID-19 to schedule a launch date. The capacity leased by ISP Xplornet from Canada is estimated to cost well under $50/Mbps per month over 15 years. Now we are looking at a launch in 2021 of Viasat-3 with an estimated base cost of just $5/Mbps per month, after accounting for satellite, launch and ground segment capital expenditures. Brent Prokosh, senior affiliate consultant at Euroconsult says, “Given our analysis and benchmarks of CAPEX efficiency of HTS systems, we can certainly see pricing levels trending towards and below $100 per megabits per second per month over the coming decade, and this is even for smaller volumes and shorter contracts.”

What About LEO and MEO?

LEO constellation developers such as SpaceX, OneWeb, Telesat LEO, etc. have also claimed to offer attractive, cost-effective pricing. If true, this would add to growing capacity and downward pricing pressure. There are caveats, however.

LEO satellites have shorter lifespans, as much as 1/3 shorter than typical GEO satellites, and that means more launches with replacements. However, this also provides the opportunity for more frequent technology refreshes and could lead to much faster gains in efficiency given the ability to more rapidly leverage new technology.

GEO pricing pressure tends to be regional, as the individual satellites cover a particular region. As HTS capacity is deployed region by region, the pricing pressure is localized. We see this at BusinessCom Networks in our own global services. HTS services are less expensive, and hot spot beams deliver reliable service in some of our coverage areas. LEO satellites are global, however, and may affect pricing on a global basis. With the combination of LEO constellations and ongoing deployment of HTS and VHTS, could satellite capacity become a commodity? While the LEO providers are touting this, it remains to be seen. There are still many known and unknown challenges – starting with the design and cost of tracking VSAT terminals to support these new LEO constellations. Information about these terminals is notably lacking. 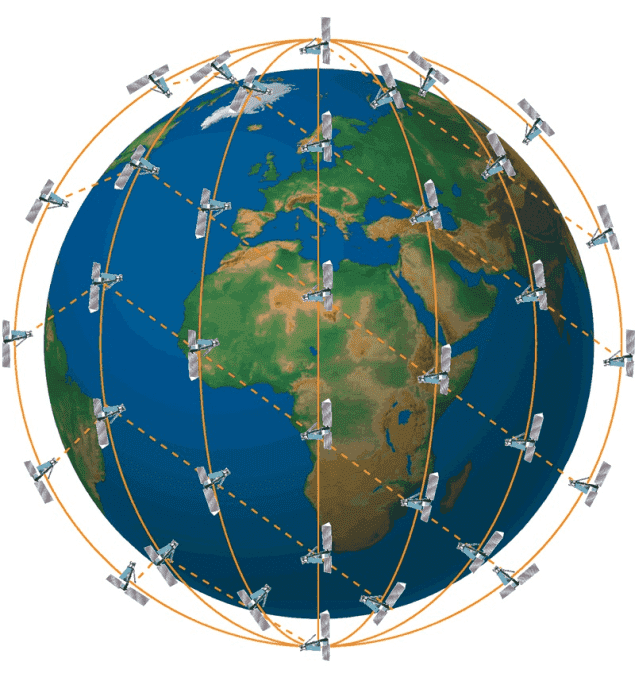 Attempting to break the downward cycle of pricing, SES’s O3b mPOWER constellation operating in middle earth orbit above the LEO constellations, but still far below the geosynchronous satellites, has staked out a claim for differentiated services. They believe that operators need to look at delivering value through differentiated services, rather than by going straight for the lowest price. With the SES multi-orbit constellations, MEO and GEO satellites will offer integrated local and global services leveraging a managed communications system addressing customer’s throughput, performance, and scale. It will provide the flexibility to differentiate and compete in new markets. The satellite market is taking note of this idea, recognizing that it can help alleviate the downward price pressures that mostly afflict fixed architecture platforms, i.e., GEO.

And Then There’s 5G

Downward pricing trends are helping to erase the “satellite is too expensive” stigma afflicting GEO satellites. The other big issue, “latency” is a key advantage of LEO satellites, which leverage the fact that light travels about 30% faster in the vacuum of space, than in fiber. This may help satellites’ appeal as a participant in 5G rollouts. Low latency and low cost make the adoption of satellite as backhaul solution for 5G quite attractive, particularly in rural or remote extensions, where terrestrial options become expensive and problematic. MNOs (Mobile Network Operators) are already leveraging HTS services for backhaul, so it is likely this will continue if they can deliver “carrier grade” service. It must meet metrics supported by fiber including latency and high availability, and it must support industry standards for seamless connectivity. Chances are good that satellite will play an increasingly important role in 5G rollouts. 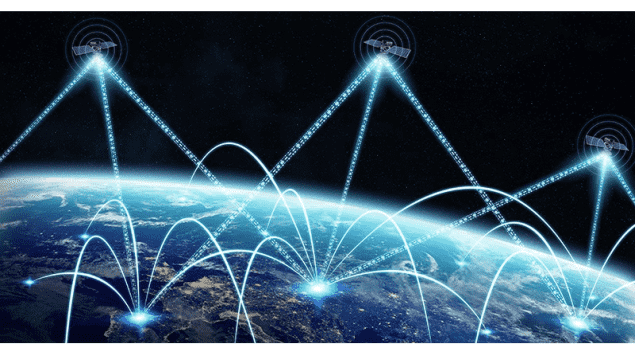 With a couple decades of fast-paced satellite progress under our belts, we have some thoughts of our own. In an interview with BusinessCom Networks’ founder and CTO, Maxim Usatov, I ask a series of questions:

PG: How low do you expect prices to fall over the next year or two?

MU: VHTS-class satellites like Viasat-3 and Eutelsat Konnect, Eutelsat Konnect VHTS and Jupiter 3 (Echostar XXIV) won’t go all the way down to $5/Mbps but will actually hover around $50-100/Mbps mark – on beams where the service will actually be in high demand. The price will depend heavily on the particular beam, capacity, volume and contract term. Some beams will be significantly more contended than others. I do not exclude beams priced as low as $5/Mbps but those would most likely be in the regions where satellite services are not in significant demand.

PG: Are there any other trends to consider?

MU: Among the emerging trends we predict MicroGEO satellites providing highly concentrated Ku and Ka-band spot beams and supporting business models where big operators fail to deliver. We see this capacity being delivered at pricing that can compete with VHTS.

BusinessCom currently offers a MicroGEO program in Europe, Africa and Middle East for operators willing to take multiple Gbps of capacity. We expect that MicroGEO satellites have the potential to deliver a better user experience than large VHTS-class satellites from established operators, as all the points of service creation and provision can be managed to a better quality standard while maintaining high efficiencies. (See: MicroGEO Satellites Stake Out a Claim)

PG: Do you think there are any satellites capable of delivering $50 – $100/Mbps/mo. capacity today?

PG: Everyone is excited about Starlink. I see issues with a consumer service business model, and of course the availability of an affordable VSAT terminal. Your thoughts?

MU: We expect Starlink priced at about $10-30/Mbps mark once at full capacity, however this is highly speculative, as we are still uncertain about end user terminals and the way the end user service will be packaged. It would be logical for Starlink to oversubscribe bandwidth and impose data caps to control usage, especially on beams where users are highly concentrated. If OneWeb continues operation, then we expect it to reach approximately similar capacity pricing.

PG: Do you like SES’ strategy of multi-orbit constellations and differentiated services?

MU: We have great interest towards next generation of MEO constellations, such as SES O3b mPower. They create fewer orbital hazards, do not pollute our skies potentially interfering with astronomical observations, and have very high spectral efficiency and still are located at altitudes low enough to offer decent latency to maintain full interactivity for future applications, such as virtual and augmented reality, telemedicine (including remote surgery), telepresence, real-time monitoring and control and others. 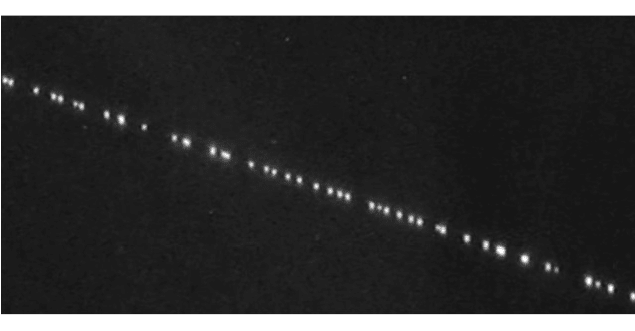 BusinessCom Networks seems well positioned to prosper as the industry changes. We already offer differentiated and value-added services, such as fully managed satellite services with extensive diagnostics and bandwidth management tools, extensive throughput and protocol information, portal tools for end users and partners to monitor and manage their own networks with our assistance, and of course competitive pricing. It has not been a dull ride, and it looks like the ride will continue to be interesting.

Satellites Used As Backhaul for 5G

Thomas Choi, the outspoken Co-Founder and former CEO of ABS Global, is a successful…