In late September 2017, Hurricane Maria barreled through the Caribbean devastating the US territory of Puerto Rico and its 3.4 million residents.  Vast sections of the island were left without electricity or cellphone service and internet access.  In an effort to restore services, Google’s parent company Alphabet, Inc. deployed its stratospheric balloons to Puerto Rico, where internet access and cellphone services were made available to some 100,000 users, according to reports. 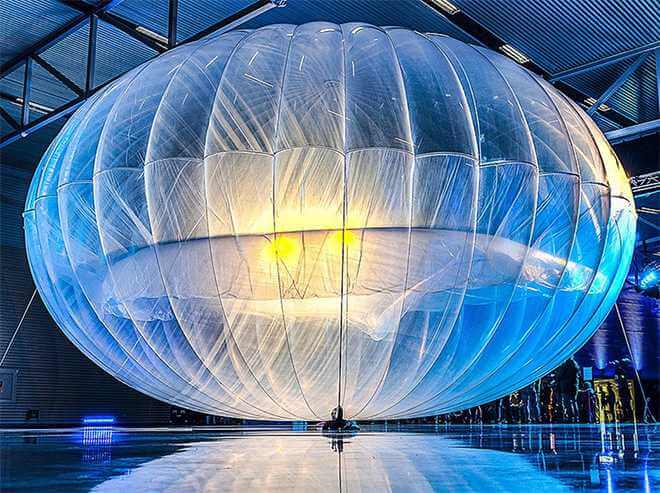 Project Loon can be thought of as floating cell phone towers.  By forecasting wind currents, Project Loon balloons are placed in the jet stream where they rise and fall, moving from location to location.  The balloons are launched into specific areas where the wind currents will carry the balloons to other areas, nearby or distant, where connectivity is needed.

Released by customized launchers the balloons are filled with lighter-than-air gases and released into the atmosphere where they operate well above commercial air traffic, weather and wildlife.  Small teams or fleets of balloons can be released to ply the wind currents and deliver services to areas where they are needed – or at least that’s the theory.  The balloons are navigated by raising or lowering them to ride specific air currents.  After a mission, the balloons are navigated back to earth, in remote areas, working with local air traffic control to lower them slowly to places where they can be picked up by recovery teams.  The idea is to launch enough balloons to be able to continually provide services where needed on the ground.

The balloons operate in a harsh environment. They must survive conditions where winds can blow 100 km/hr. (62 mph), UV radiation is extreme and temperatures can drop to – 90C.  The Loon team experimented with several balloon designs, discovering along the way, that there were limits to what could be tested in the lab, so they ended up in the McKinley Climatic Laboratory, an active laboratory and historic site located at Elgin Air Force Base in Florida.  The cold weather facility is essentially a refrigerated airplane hangar.  In this facility, the Project Loon team was able to perform many of their critical tests, such as the effects of heating and cooling during the day and night, and what such temperature extremes did to the material and seams of the balloon.  In one test, the team purposely overfilled the balloon till it burst, in order to examine points of failure using high speed photography.

The solution depends on having a large enough fleet so that some balloons are covering the regions that need service.  To address this, the Project Loon team developed manufacturing techniques that allow a couple people to manage the process, versus thousands of people required to assemble earlier designs.  This manufacturing process makes it possible to economically scale up production to meet the needs of the program.  To blanket a region with coverage it is necessary to launch the balloons quickly and reliably.  A balloon filling with gas quickly becomes a sail in the wind, creating launch difficulty.  Custom-built “Autolaunchers” have been designed to protect the balloon from wind as it is being filled and prepared for launch.  A crane mechanism points the balloon downwind, where it is released to the stratosphere.  The Autolauncher can fill and launch a new balloon every 30 minutes.  Only four people are required to manage the process.

Part of the art comes in leveraging air currents to steer the balloons. In the stratosphere, various wind currents are traveling in different directions depending on their altitude.  By raising and lowering the balloons, they can be fed into specific air currents that will direct them to the target area.  This is not an exact science.  The team uses predictive models of the wind and decision-making algorithms to direct the balloons where they are needed.

The Loon HAPS is essentially, a cell tower platform designed to be light and durable, so that it can be carried by a balloon.  The equipment on board is powered by solar panels which charge batteries during the day, so they are available for use at night.  Transceivers are carried aloft which provide connectivity from ground stations, from balloon to balloon, and back down to users on the ground with LTE phones.   For example, the Loons servicing Puerto Rico have a point-to-point high gain feeder link from a satellite provider (O3b) on the ground, who provides high speed backhaul to the internet. The ground provider can be far away from the actual users.  The provider to balloon connection is a communications link that includes tracking capabilities, given that the balloon is not stationary.   RF equipment for tracking, telemetry and control is also onboard.  Free-space optical (FSO) communication links provide an inter-balloon mesh network.  The idea is for content from the provider on the ground to be beamed to a nearby balloon, which then distributes it to other balloons, which also pass it on.  Content may need to travel from balloon to balloon until it gets to one that is covering the region in question.  These inter-balloon communications links are essentially lasers locked on to each other, as they drift in the sky, delivering Gigabit per second speeds between the balloons, which may be hundreds of kilometers apart from each other. Those balloons, when located over target areas, deliver a point-to-multipoint UHF LTE service link to users on the ground who communicate using standard LTE phones.  Finally, there is a GNSS (Global Navigation Satellite System) that provides a service similar to GPS, providing exact location services.

Every balloon is tracked using GPS/GNSS.  When a balloon is to be taken out of service, the Project Loon team coordinates with local air traffic control, and then issues a command to release the “lift gas” that keeps it afloat, gently bringing it to the ground where it can be retrieved for reuse and recycling.

How successful has the project been thus far?  It was first tested in Peru following severe flooding, where it seems to have performed fairly well, remaining in Peruvian airspace for 98 days. The operation was an opportunity to test predictive forecasting and wind current analysis.  One balloon, was launched from Puerto Rico, taking 12 days to arrive in Peru.  The crew made dozens of altitude adjustments, raising and lowering the balloon so it would circle back to the coverage area.

Following Hurricane Maria, Project Loon procured an emergency license from the FCC to send its balloons to Puerto Rico and the US Virgin Islands.  Alphabet, Inc. announced that working with AT&T and T-Mobile it managed to return access to 100,000 accounts.  Few details were provided discussing how frequently that access was available.  Alphabet, Inc. was careful to make it clear that service varies due to the winds of the stratosphere.  Indeed, one can track the balloons being used at this site: www.flightradar24.com/data/aircraft/balloon/#1003a98a

Replaying the histories of a number of balloons, it quickly becomes evident that service is an occasional thing; a couple hours here, a couple hours there.  Since the project was launched following the Hurricane, reports about the quality and quantity of service delivered has been essentially non-existent – at least till the time of this article.  The good news is that cell coverage is slowly but surely being restored.

In this example, we see a good flight path over the island.  This was on Jan 3, 2017 beginning at 00:49 UTC.  The Project Loon balloon HBAL027 provided services for about 2 hours to the western side of the island and then remained just offshore from San Juan for several hours, providing service till almost 06:00 UTC.  Playing back the track one can see that the balloon takes a pretty steady and level course across the island, and then goes through maneuver after maneuver, rising and lowering, going from air current to air current, in order to remain close enough to provide services to much of the eastern part of the island. 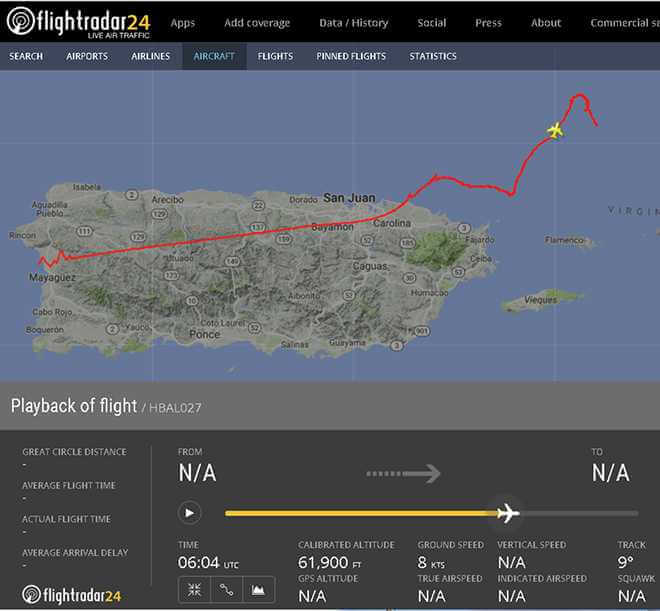 Details are scarce regarding the level of automation behind the process that directs the balloons from air current to air current.  Patented mechanisms pump gas between the envelope (balloon) and a high pressure chamber. Moving gas into the envelope raises the balloon, and lowers it when pumped back into the storage chamber.   Project Loon reported that it intended to use machine learning to help direct the flight of the balloons.  An AI (artificial intelligence) system continuously analyzing new data is expected to manage changing conditions in a way that hard coded algorithms can’t.  They claim the Loon fleet is adjusted and controlled in real-time using a combination of automatic planning algorithms and human oversight.

The jury is still out on the efficacy of Project Loon.  It has contributed to our knowledge base, but will it compete with other solutions such as the marriage of drones to satellite technology? New drone technology is being developed using gas filled and propeller based craft that operate with solar power, and have the significant advantage of being able to hold their position over the target, rather than rely on a fleet of balloons that pass by offering intermittent service.   It could be that the Project Loon solution is more reliable in certain areas, such as Peru, while being more challenging in other places like Puerto Rico.  We must await a full report from Alphabet on the performance of Project Loon in Puerto Rico prior to making any long-term predictions.