Most broadband satellite networks are based on a “star” or “hub and spoke” topology.  There is a central hub which connects to all the remote sites that it supports. This is a simple, standard solution for basic internet access. All the remote sites connect to the central Hub, which in turn passes them to the Internet backbone. 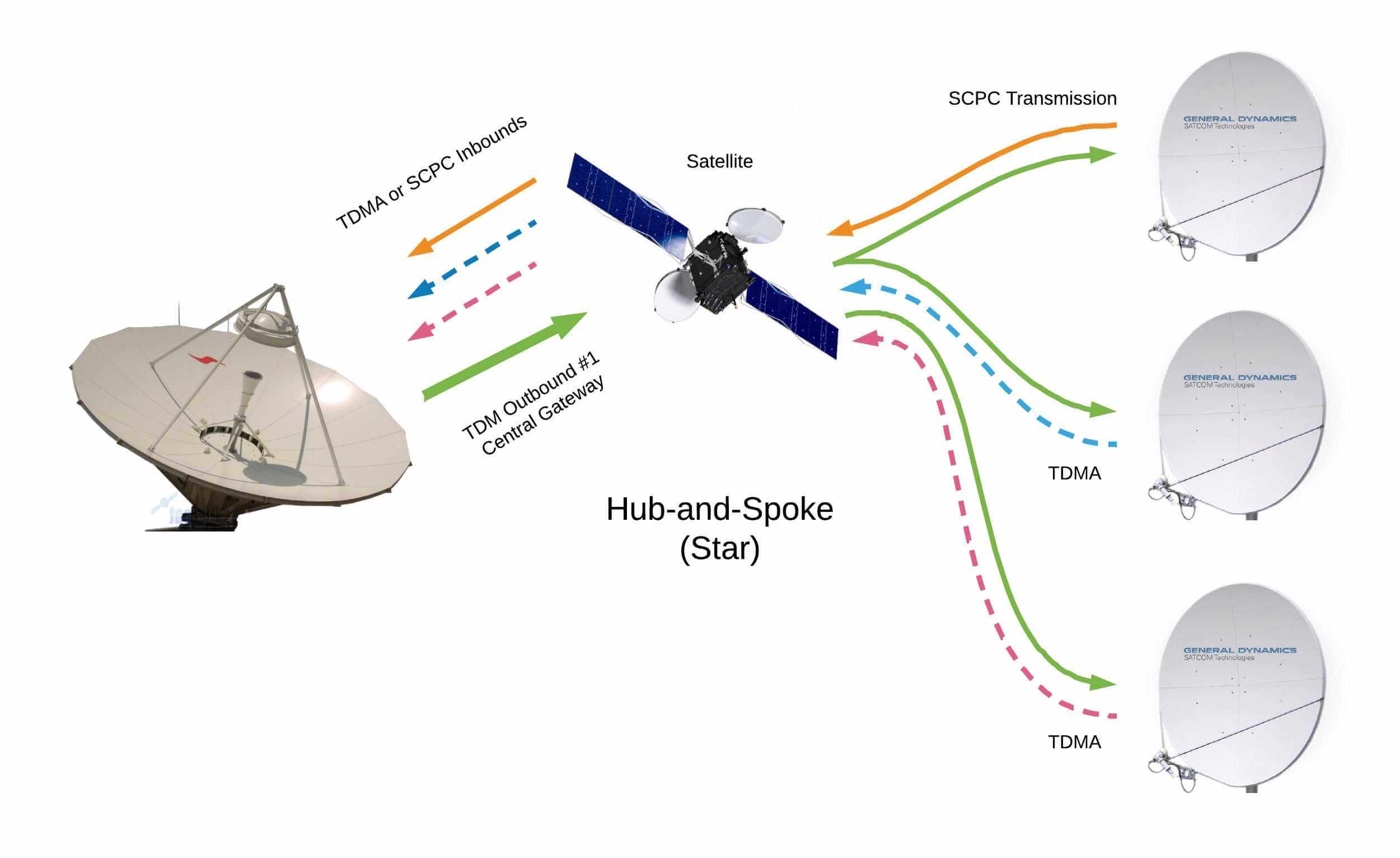 Sometimes networks are more complicated. Sometimes, for example, there are remote sites that need to connect to the internet, but also need to connect to a central data center, or perhaps even a regional office.  In these situations, a significant amount of additional latency (delay) is added because a “double hop” over the satellite is required to reach the destination. 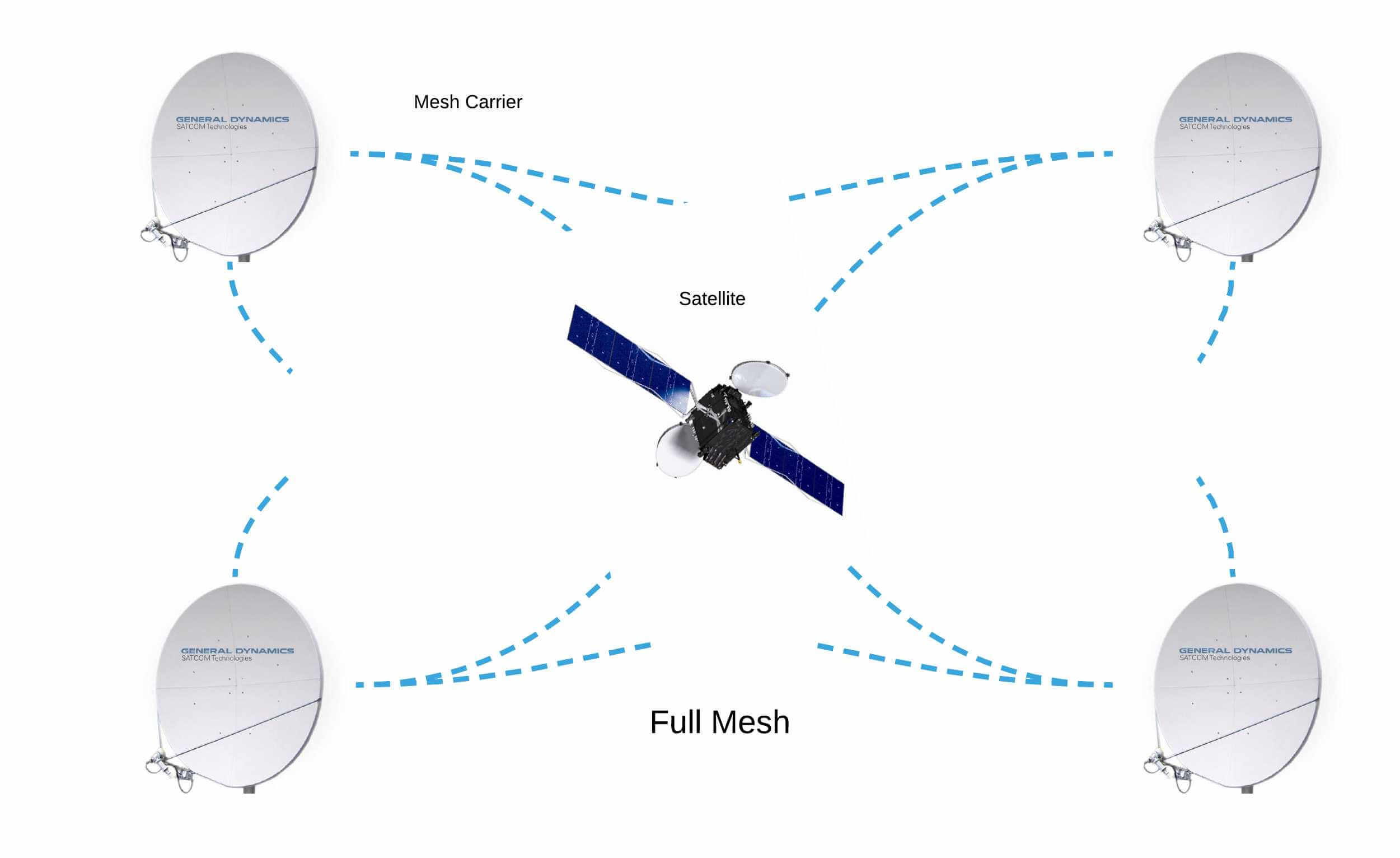 The typical solution to this problem is to deploy a mesh network.  In this type of network, any remote can connect to any other remote over a single satellite hop.  These solutions tend to be expensive, and often have scalability issues, as multiple sites end up sharing large carriers that require large VSAT hardware for all remotes on the ground.  There are situations where a full mesh is required, but often a simple change in hierarchy can address corporate requirements in a simpler, less expensive fashion. Typical examples include corporate offices feeding regional offices, which in turn feed branch offices.  In SCADA networks, there is often traffic directed to a regional office, which is in turn backed up at a central office.  In cellular networks there may be a need to direct some traffic locally, while the remainder goes to a central gateway.  Then there is the example we started with, where remotes need to access both the internet and corporate resources, preferably via a single hop to each.

One solution, supported by BusinessCom Networks, that addresses this hierarchical challenge employs a “Multi-Gateway,” that makes it possible to have single-hop connectivity using low-cost VSAT terminals and hardware.  The design consists of a Central Hub or Gateway with at least one outbound TDM carrier.  This central hub might provide internet access for all remotes, or access to the central corporate data center.  The Central Gateway supports multiple shared TDMA return channels so that remote sites can use smaller VSAT hardware on smaller carriers, similar to a standard star network. However, the hierarchy also supports Regional Gateways. 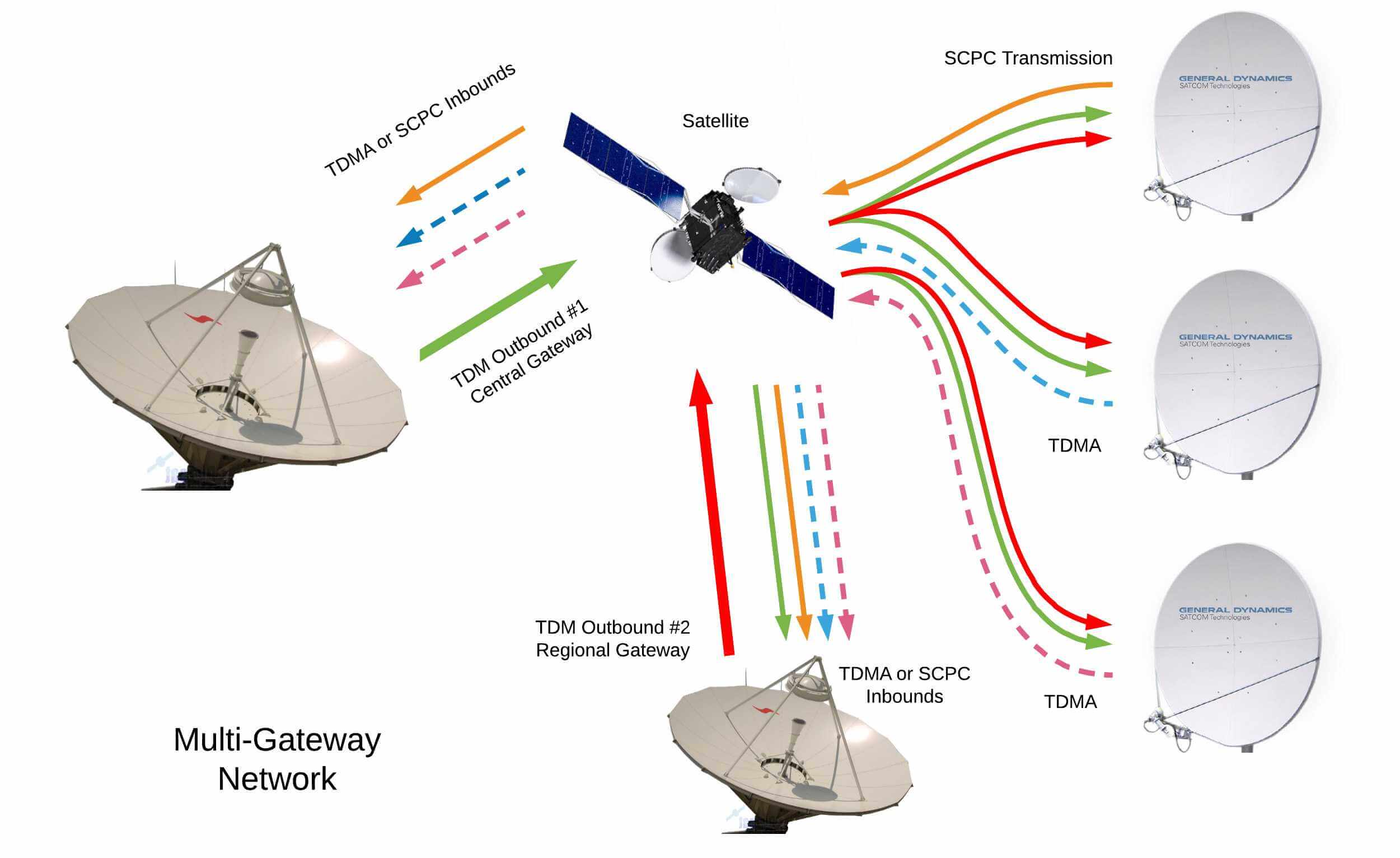 The Central Gateway provides an NMS (Network Management System) and is responsible for network control, managing access, timing and assignment of resources.  The Central Gateway can support an unlimited number of Regional Gateways.  Remote Routers are connected to both the Central Gateway and the Regional Gateway it is assigned to.  Remote Routers are standard, low-cost VSAT modem/routers that are based on SDN – Software Defined Networking; thus they can be configured to operate in star, mesh or hierarchical networks, where most such solutions require different dedicated devices depending on the type of network topology being supported.  Should the requirements change, these Remote Routers can be reconfigured for different network topologies in the future.

The Remote Routers have the ability to support different MODCODs (modulation and coding) up to 32APSK.  Remote Routers also have the ability, if required, to transmit a large amount of traffic over a high-speed channel with its own DVB carrier using SCPC or MCPC.  These carriers can be received by the Central Gateway or a Regional Gateway.  A typical application might be a separate surveillance video sent back to a regional or central location for monitoring.

The hardware for this solution is very similar to that of a basic star network, except that as SDN devices, the platforms can be reconfigured to play different roles, depending on what is needed.  As a result, the pricing is on a par with that of classic VSAT star networks.  The solution saves money by eliminating duplicate capacity when a double hop requires traversing the satellite twice, while at the same time, it reduces latency. This generally results in a TCO (Total Cost of Ownership) that is more than 40% lower than a comparable Mesh TDMA network. The hardware is also much less expensive than typical Mesh TDMA solutions. Investment value is preserved by leveraging SDN to reconfigure the devices as needed to meet different future requirements.

The Multi-Gateway solution brings disruptive innovation to the VSAT industry, including industry firsts such as software defined remotes, 8 times the processing power per cubic inch than nearest competitors, along with exceptionally versatile and low cost Hub infrastructure (which is based on the Remote Router hardware platform).  These features have made it possible to revisit the design of hierarchical VSAT networks, improve their performance, reduce latency and cut costs by eliminating double satellite hops.  BusinessCom Networks stands ready to evaluate customer requirements and propose flexible, hierarchical solutions that accomplish these goals.

Among idyllic locations to live and work, being nestled among the mountains…