Military organizations in many countries are big users of commercial satellite services, and in the past, they have been challenged to find enough capacity to serve their growing bandwidth needs using their own satellites, so they have been seeking capacity on commercial satellites.  In particular, the military wants video, and they want it in high definition.  Until recently trying to obtain enough bandwidth to stream live video and operate surveillance drones over war zones, has kept procurement officers busy.

According to Northern Sky Research (NSR), huge quantities of capacity are on the way.  It is estimated that by 2026, there will be 7 terabits of capacity, which should eliminate the current supply challenge. One provider, Intelsat, is completing the last of six HTS (High Throughput Satellites).  This EpicNG constellation will provide 200 to 300 percent more capacity than the government’s wideband satellites.  New HTS satellites from providers such as Intelsat are able to deliver a lower cost per bit to the end user, than what the government’s constellation of satellites can offer.

Given the improvements in cost, availability and security, military defense organizations must ponder the value in maintaining their own capacity, or having their requirements met by commercial providers at a lower cost.  To do so, the US DoD is engaged in a Wideband Communications Services Analysis of Alternatives to evaluate the options.  The likely end product will be a hybrid, with greater reliance on commercial satellites, along with a continuation of government-owned satellites, particularly for very high security applications.  By placing more of their traffic on commercial satellites, governments could build fewer of their own satellites for military use.

Why should commercial satellites be of interest to defense organizations?  How about the reality of 12 years?  The Pentagon will typically plan, design, build and launch a satellite into its orbit in 12 years!  Contrast that with commercial satellite companies who can deploy services on a new satellite in about 3 years.  Indeed, commercial satellites are typically designed to last 10 – 15 years, but technology can get so stale in that time, that commercial providers are giving consideration to reducing the service time for satellites in order to make sure the technology is more frequently refreshed and taken advantage of.  Twelve years ago Bluetooth was new, and a one megapixel camera on your cellphone gave you bragging rights.  The “big idea” at that time was “convergence, the meshing of voice, video and data.  How well was that planned for 12 years ago?

The fact that companies like Boeing or Loral will go through four generations of commercial satellites in the time it takes the government to deploy one of its own, is becoming a concern to military leaders who need access to current technology to support various missions.  Leveraging commercial satellites for many applications appears to make a great deal of sense.  This would give military organizations like the Pentagon, not only reliable communications, but access to the latest innovations of the industry; which in turn will help retain an advantage over adversaries.

Procurement folks appear to be getting on board with the new plan.  Plans are still vague, but it appears that 2018 will be a year of change for military’s acquisition of communication satellites. 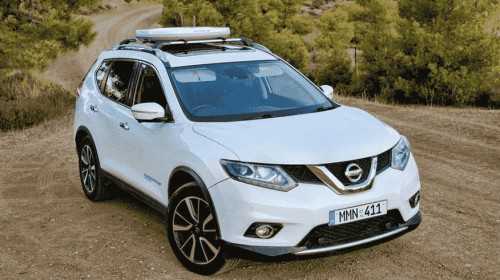 In April of 2018 we posted an article about Vanguard 1, a grapefruit sized…