Trinidad and Tobago is a twin island nation and the most southerly of all the West Indies. Located 130 miles south of Grenada and 6.8 miles from the coast of northeast Venezuela, the islands have a combined population of just under 1.369 million. Trinidad is the largest of the two islands, both of which have a geography that consists of mountains and plains. The majority of the population is located on Trinidad, as are the majority of the main towns and cities such as Port-of-Spain, San Fernando, Arima and Changuanas. The main town on Tobago is Scarborough. Trinidad and Tobago is one of the wealthiest nations in the entire Caribbean. The economy is heavily reliant upon petroleum but tourism and manufacturing are important to the economy, although tourism is less dominant than on other Caribbean islands. Important agricultural products include citrus fruits and cocoa. Trinidad and Tobago is a leading producer of oil and gas in the Caribbean but recent growth has stemmed from investments in liquid natural gas.

Trinidad and Tobago, though a wealthier country than other in the Caribbean, still faces some challenges in terms of communications. Although there is good access to ICTs and broadband in urban areas and major population centres such as Port-of-Spain, the quantity is inconsistent and is much less available than rural areas. The internet penetration rate as of 2017 was 68.9% and, though the mobile penetration rate is high, mobile literacy across the population is not reflected in this rate. The general population used their mobile phones to access basic voice and SMS communications but not to access many services outside of this. The mobile coverage across Trinidad and Tobago also does not reflect the density of mobile phone subscription and is in need of improvement. In order to facilitate better access to broadband services, the increase in accessibility to mobile broadband will be very important across Trinidad and Tobago. The government is very aware of the need to make broadband available and affordable to all and it is working to make it happen. With fixed broadband much more challenging to roll out, the emphasis is set to be on mobile broadband for Trinidad and Tobago in the future.

VSAT Solutions for Trinidad and Tobago

In order to increase the penetration and reach of mobile broadband, the introduction of BusinessCom Networks’ cellular backhaul solutions as well as its rural mobile solution can transform access to mobile broadband across the islands. Cellular backhaul technology utilizes VSAT to overcome the gaps in infrastructure where it is challenging or cost prohibitive to roll out cellular networks via towers. This enables scalable, rapid, cost-effective and ultimately profitable services which deliver the rich applications that are in demand today. BusinessCom’s rural mobile solution should also be considered as it is a fully managed, turn-key solution that can be deployed within just 48 hours and can deliver 2G,3G and 4G services including voice, data and towns and villages to areas that have previously not been reached by existing cellular networks. Using low-cost equipment and satellite connectivity, and the ability to support all existing GSM handsets, this provides an ideal solution for regions not yet able to access cellular connectivity.

As mobile broadband becomes an increasingly important part of the communications jigsaw, increased access to services not only gives more people access across Trinidad and Tobago but also encourages mobile literacy and familiarity with the increasing range of services that exist outside of voice and SMS. 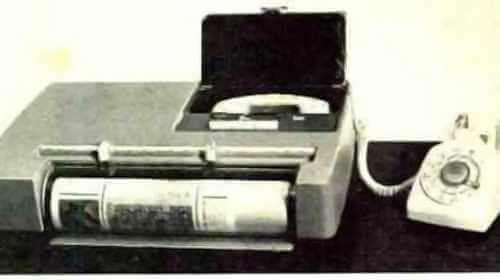 As BusinessCom’s token “old guy,” I’ve been asked to share some of my memories surfing the technology…

Satellites Used As Backhaul for 5G Networks – Is There More They Can Do?

Much discussion in the telecom industry today centers on the development of 5G wireless services, and…

We are coming out of that time in the spring, when satellite services suffer from short outages that…

It is frustrating for partners, clients, and NOC Engineers when VSAT activation attempts fail due to…