In March 2019 we introduced OneWeb to this blog, see: OneWeb Takes Flight. OneWeb is one of the leading innovators of LEO (Low Earth Orbit) communication satellites, designed to deliver global broadband services. The company plans to deliver 720 satellites to space, operating in low earth orbit, where they intend to deliver low-latency, high bandwidth services to a range of clients. The first six satellites were placed into space in February 2019 and on Saturday March 21, 2020, the latest batch of 34 satellites were placed into orbit, bringing the total to 74 satellites. 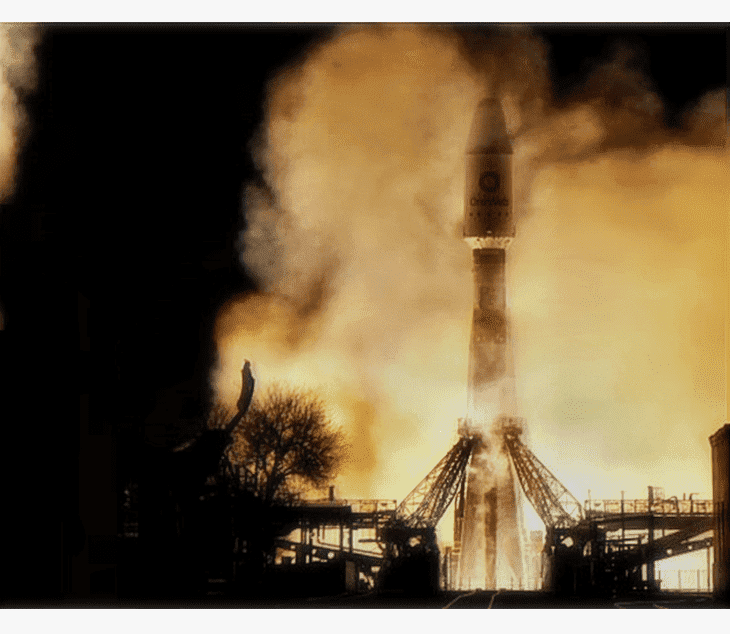 The good news is that the Arianespace rocket, blasting off from the Baikonur Cosmodrome in Kazakhstan successfully delivered the satellites all of which were confirmed by OneWeb to have attained signal acquisition. Being able to deliver 68 satellites in two launches within six weeks is a great accomplishment, and OneWeb’s mass production plant in Florida deserves much of the credit. However, with OneWeb, it seems that good news and bad news come in tandem.

We reported in October 2019 that along with some good news regarding a funding MoU (memo of understanding) between Iridium and OneWeb, Intelsat was suing OneWeb, accusing fraud, conspiracy and breach of contract. See: OneWeb in the News. The issue had to do with an exclusive distribution agreement that Intelsat claims, coupled with finance partner SoftBank’s possible plans for selling its stake in OneWeb. We find ourselves, once again, in familiar territory.

This time, rumor has it that OneWeb may be facing bankruptcy. Whether this is a result of the coronavirus pandemic is open to question, but the global economic crisis can’t be helping, and if funds are depleted, OneWeb could be in trouble. In mid-March, Bloomberg reported that OneWeb, backed by SoftBank Group was considering the possibility of filing bankruptcy, due to a cash problem. The company faces high costs and stiff competition from other startups such as Elon Musk’s Starlink, which has a significant advantage in launch costs due to the reusable SpaceX Falcon 9 platform. It should be noted that the large fleet of GEO satellites providing services around the globe are also competitors that have been successful for decades, while every single LEO communications constellation to date, has gone bankrupt. Not going bankrupt in this business is a big step! When asked at Satellite 2020 what his goal was for Starlink, Elon Musk said, “we need to make the thing work.” Both OneWeb and SoftBank declined to comment for the Bloomberg article.

OneWeb has raised about $3 billion from SoftBank, used to ramp up production capability for its satellites in Florida, plus secure launch contracts to get them into orbit, and obtain the necessary regulatory approvals to operate. To run into financial issues just as the economy is entering a downturn due to the Covid-19 virus, is most unfortunate. Prior to the recent launch, financial difficulties were acknowledged by OneWeb, as it stated that it was evaluating the need to “dynamically adjust” its workforce. The company said, “Unfortunately we think it is inevitable that there will be delays to our launch schedule and satellite manufacturing due to increasing travel restrictions and the disruption of supply chains globally. Therefore, we made the difficult decision to eliminate some roles and responsibilities as we work to focus on core operations.”

OneWeb had planned 10 launches in 2020, and the aforementioned issues are likely to derail that plan, at least to some extent. It was hoped that full commercial service, based on 648 operational satellites and some spares, would be available before late 2021, but if they need to raise more capital, a global economic downturn and possible impeding bankruptcy can’t be helpful. Competitor SpaceX’s Chief Operating Officer, Gwynne Shotwell discussed OneWeb’s prospects at an investor conference last year and suggested that trying to build a network without a low-cost launch could be financially disastrous. SpaceX, a vertically integrated company that not only builds its own satellites but launches them on its own Falcon 9 reusable rockets, has a significant advantage. Starlink currently has 362 satellites in orbit, but OneWeb has continued to be taken seriously because aside from SpaceX it is the only LEO constellation company to get satellites into orbit.

In February 2019 we provided a comparison of Starlink, OneWeb and Telesat LEO. While the article was based on information available at the time, and some modifications and changes have been announced, it provides a reasonable overview of the three platforms. See: The Big 3 – Which is Best?

OneWeb is keeping their focus on the positive. Following the successful launch, OneWeb’s CEO Adrian Steckel noted, “In these unprecedented times following the global outbreak of Covid-19, people around the world find themselves trying to continue their lives and work online. We see the need for OneWeb, greater now more than ever before. High-quality connectivity is the lifeline to enabling people to work, continue their education, stay up to date on important healthcare information and stay meaningfully connected to one another. The crisis has demonstrated the imperative need for connectivity everywhere and has exposed urgent shortcomings in many organizations’ connectivity capabilities. Our satellite network is poised to fill in many of these critical gaps in the global communications infrastructure.”

We wish them luck and will watch with interest to see how things develop.