How The Satellite Internet Process Works

As Internet becomes a greater part of the fabric of everyday life for people on our planet, more options for getting broadband Internet service have emerged for those in remote areas. Broadband Internet users can use any of the following methods to gain access to a rapidly changing world of information, entertainment and research:

Connecting the World from the Sky – How Satellite Communication Works

In this article, we will focus on satellite broadband Internet access services, which are  changing the way much of the world is going online. Satellite Internet communications rely on three primary components: a satellite in geostationary orbit; a ground station known as the teleport; and a VSAT(very small aperture terminal) at the customer’s end. Uplinked from a teleport, the satellite spacecraft enables connectivity of remote sites and the teleport. In a typical satellite broadband network, all network communication passes through a VSAT Hub installed at the teleport. With this configuration, many remote sites can be connected to the same hub and share bandwidth. Because satellite Internet communications are not based on local terrestrial infrastructure, it is now possible to deliver broadband service to places were Internet access once seemed impossible.

But how does one communicate via the Internet via satellite? The process starts with ground-based electronic equipment (VSAT) that includes a satellite dish, BUC (transmitter), LNB (receiver), satellite modem (router) and a connection to a satellite ISP. Satellite dishes range in size – of a 0.9 to 2.4 m diameter for typical broadband solutions. VSAT facilitates the transfer of data using the satellite as a relay. The teleport acts as the gateway of the satellite network to the Internet. The network operations center (NOC) controls all communications over the satellite path and provides technical support. The NOC monitors for power failures, satellite signal issues and other performance issues that may arise and supports end users with their technical questions. 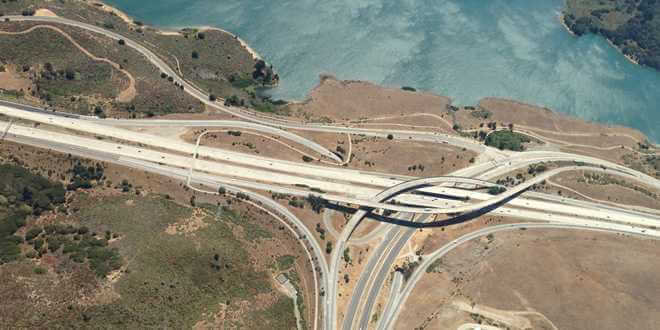 Satellites generally used for Internet access are in a geostationary orbit about 22,000 miles above the Earth’s surface. The satellite completes one revolution as the Earth completes one rotation on its axis, keeping the satellite at the same position above the Earth. The end user opens a web browser and types in an address. His computer sends a request for a transfer of data that in a matter of seconds is routed from the end user PC to the satellite modem and onto the satellite dish outdoors. The modem converts digital IP packets into analog signals and relays the information to a satellite. The satellite receives the signal and reflects it back to a BusinessCom teleport on Earth. Packets of information contained in those signals travel to and from space in moments. The hub at the teleport then routes the connection to the Internet, retrieves the requested website from the web server and returns it back to the user via satellite. The whole cycle is then reversed and requested data is available to the end user, completing a 90,000-mile journey via sophisticated hardware and software in less than 600 milliseconds.