In a fast-paced world of emails, texts, image sharing, web surfing, videoconferencing, business applications, entertainment applications, and the IoT (Internet of Things), perhaps it is worth taking a moment to recall what helped make all that possible.  It’s such an integrated and indispensable part of our lives that it’s hard to imagine a time when such things did not exist.

When I was but a mere boy, NASA launched one heck of a giant space balloon.  The date was August 12, 1960, when Echo 1, the world’s first communication satellite soared 1609 km (1000 miles) above the earth.  The technology was based on mankind’s oldest flight technology – ballooning. It was BIG! 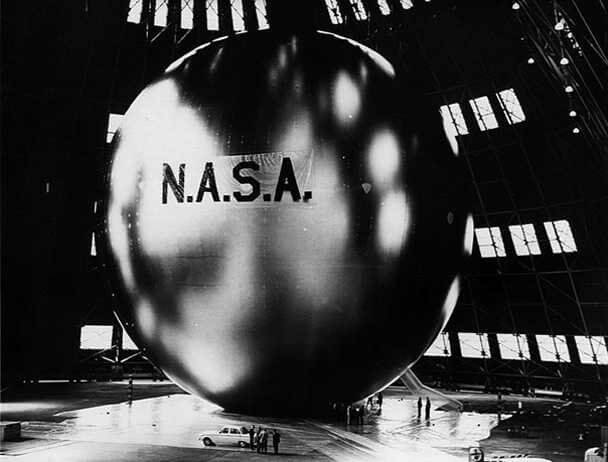 The giant metallic balloon was 30 meters across.  Referred to as a “satelloon” or inflatable satellite, Echo 1 helped pave the way for the satellite communications industry.  It was the beginning of a concept – instantaneous global telecommunications – that has altered our lives at a fundamental level.

The satellite industry can appear to be, (and indeed can be) rather complex, but the basic idea is simple.  Take data from one place on earth, send it up to the satellite, and deliver it to another place on earth.  Echo 1’s technology for doing this was pretty basic.  The satalloon essentially acted as a giant 10 story mirror that could be used to bounce communications signals from one place to another.  Echo 1, built by G.T. Schjeldahl Co. in Minnesota, functioned as a reflector, not a transceiver.

Echo 1’s real accomplishment was two-way, live, communications.  In 1958, a recorded Christmas greeting from President Eisenhower, was transmitted during the Project SCORE test, which combined a communications relay system in space with the first successful use of the Atlas as a launch vehicle, but that was simply a one-way broadcast from space.  Echo 1, taking the next step, facilitated, for the first time, live, two-way communication.

Constructed of a 2,918 square meter (31,415 sq. ft.) sheet of Mylar plastic film, a mere 12.7 microns thick, which had only recently been developed by DuPont,  Echo 1’s core was 1/10 the width of a human hair.  The sheet was covered with 1.8 kg (4 lbs.) of reflective aluminum coating using a new vacuum vaporizing technique developed by Reynolds Aluminum, Co.  The entire satalloon, weighed 59.8 kg (132 lbs.), including inflation chemicals, dual radio tracking beacons, storage batteries and solar cells.  Although we know it as Echo 1, it was actually Echo 1A, given that the original was destroyed when its rocket “Shotput” failed.

For testing on the ground, Echo 1 required 18,000 kg (40,000 lbs.) of air to fill the balloon, but in space it only required several pounds of gas.  Sublimating powders of two types were used to inflate the balloon, and were designed to keep it inflated in case of meteorite punctures.  The whole satalloon had to be carefully folded for insertion into the nose cone of the rocket.  Numerous tests to determine the best method to do so were conducted.  Dr. James Hansen, in his history of NASA Langley, Space Revolution, described the folded balloon that fit into a small container in the nose cone of the Thor-Delta rocket, as being something like “folding a large Rembrandt canvas into a tiny square and taking it home from an art sale in one’s wallet.”  The satalloon was properly inflated and deployed in space, following a successful launch.

The first live voice communication was delivered by President Eisenhower in a radio message transmitted over the satellite.  He said, “This is one more significant step in the United States’ program of space research and exploration being carried forward for peaceful purposes. The satellite balloon, which has reflected these words, may be used freely by any nation for similar experiments in its own interest.”  Researchers also tested a coast-to-coast telephone call, and transmitted an image of Eisenhower.

Echo 1 contributed to another piece of very interesting, but unrelated, science.  In order to communicate with Echo 1, Bell Labs built a 15 meter (50 ft.) horn shaped antenna.  While calibrating the antenna, engineers Arno Penzias, and Robert Wilson, radio astronomers, detected what ended up being the cosmic microwave background radiation (CMBR), which provided the first real evidence for the Big Bang, and led them to a Nobel Prize. 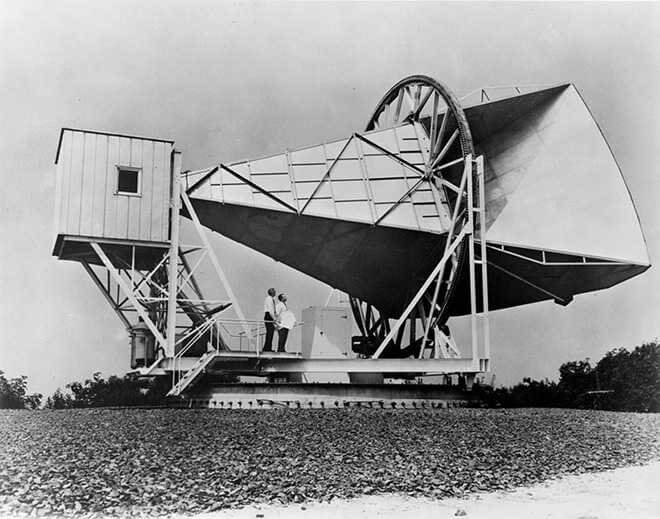 The large balloon, visible to the human eye, and brighter than most stars, was used to broadcast radio transmissions across continents, as it made its way around the world. It was very durable, and survived a meteor shower, but eventually, in 1968, having operated four or five years longer than expected, it succumbed to the earth’s atmosphere and burned up on reentry on May 24. It turned out that the large structure acted like a solar sail and Echo 1 was pushed by the sun into the earth’s atmosphere.  NASA sent up another Echo which operated till 1969. 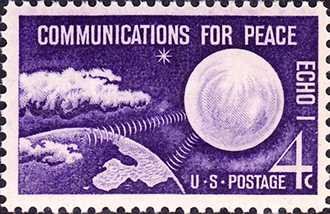 It’s interesting that after 50 years, inflatable satellites are making a comeback, leveraging drone technology, to remain in place, rather than drift at the mercy of the winds.