The satellite industry is probably as diverse, innovative, and exciting as any time in the last 20 years of the author’s experience. We have new High Throughput Satellites (HTS) efficiently delivering high speed services at lower and lower prices. MicroGEO Satellites have staked a claim for small, focused footprints from GEO orbits to service otherwise inaccessible regions. New flat panel antennas (FPA) such as the Kymeta FPA work alongside legacy parabolic antennas to deliver Communications on the Move BusinessCom COTM. MEO (Medium Earth Orbit) satellites operated by O3b and SES, delivering low latency services around the world, continue to grow – MEO Fleet Still Growing. And of course, the big news in the last couple years has been the LEO (Low Earth Orbit) satellite constellations being deployed by companies such as OneWeb, SpaceX and Telesat. 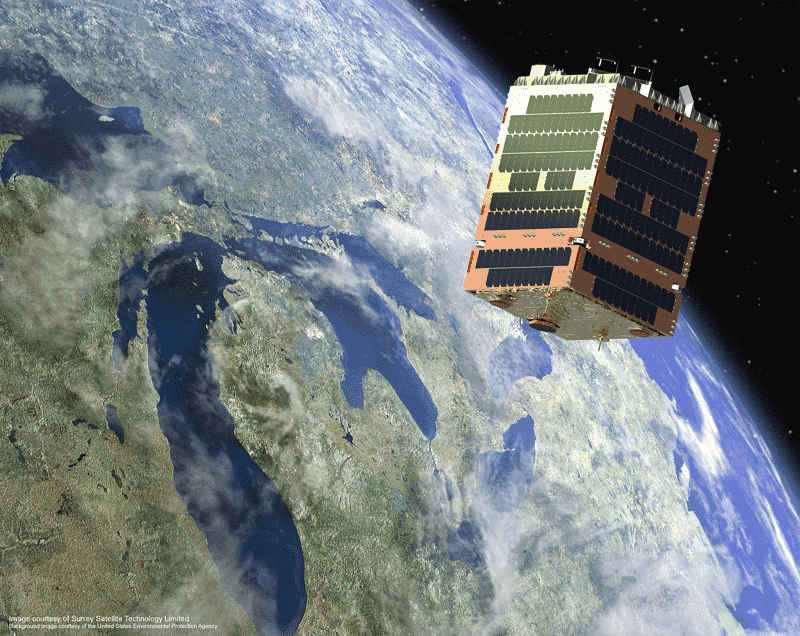 One of the questions industry watchers are asking, is whether technology designed for GEO satellite services, will work in the new LEO constellations. ST Engineering iDirect, (hereafter iDirect) pioneered new technology for satellite communications, way back when the author was working for the company. The outbound from the hub to remotes, i.e. the download, on a shared satellite service is straight-forward. The teleport hub sends everything to everyone, but each modem listens only to data specifically addressed to it and ignores the rest. The hub can send a continuous stream of data without having to stop and take turns transmitting to each remote site. The return or upload, on the other hand, is much more difficult. The remote sites must take turns transmitting. If more than one station transmits at the same time, the signal is corrupted as the sites transmit, or talk, over each other. In the early days of two-way broadband satellite, various mechanisms were used to allow the remote sites to share bandwidth. Some (Aloha) were like Ethernet in which a site that had something to send, sent it, and if two sites sent traffic at the same time, it was discarded, they backed off, waited a random time and tried again. As you add sites to the network this becomes very inefficient. Others, such as DVB/RCS would assign time slots in which to transmit, but if the timeslots were not used, they were wasted. iDirect developed MF-TDMA or multi-frequency time division multiple access and it has been the leading technical solution for the upload or return path for a long time.

MF-TDMA allows remote sites to share multiple inroute or return (upload) carriers, and to share bandwidth on those carriers using a very efficient and intelligent bandwidth allocation algorithm that assigns timeslots to remote sites based on their bandwidth and CIR assignments, queues, QoS and other criteria. This technology has enabled BusinessCom Networks to deliver exceptionally reliable, efficient, enterprise class broadband satellite services for hundreds of satisfied clients for almost 20 years. What happens when you move the technology from GEO satellites to LEO? Does it still work? A GEO satellite is fixed in position. The iDirect hub is using speed of light travel times from itself to the satellite to remote sites and back again to calculate and assign transmit timeslots to those remote sites multiple times per second. It is very static, with little variation, as the GEO satellites are not moving. It is always the same distance from the teleport hub to the satellite, or from remotes to the satellite – not so with a LEO constellation. Does the iDirect MF-TDMA technology work when the satellites are moving, and the connection between the hub and the remote site is moving from satellite to satellite at both ends of the connection? 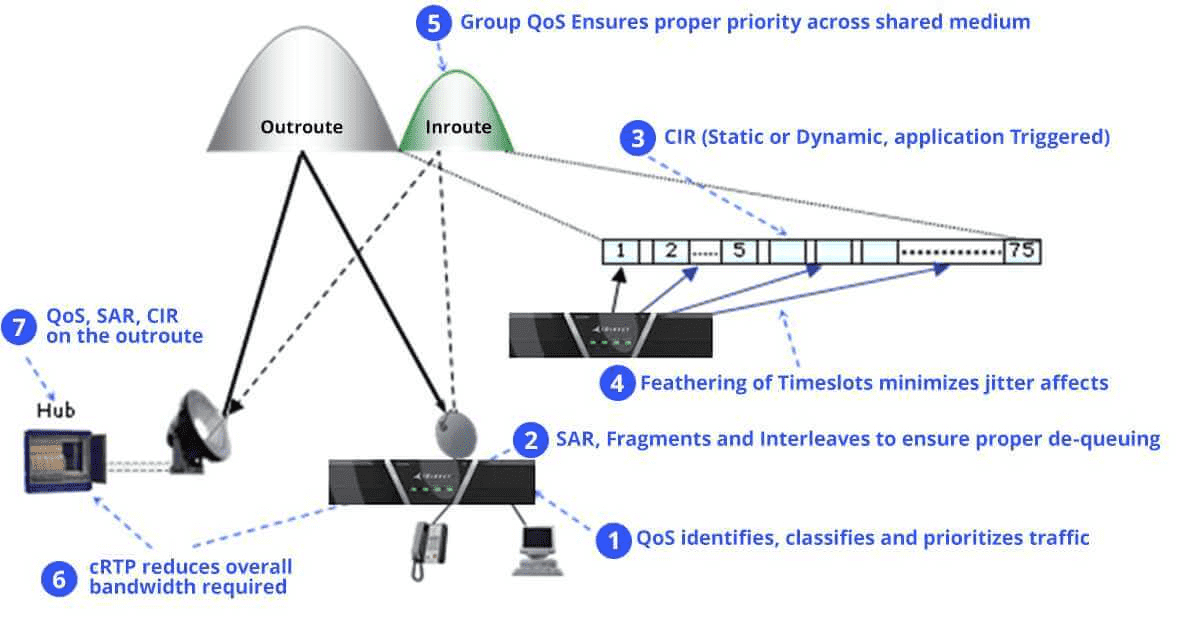 On October 27, 2020 iDirect announced the successful testing of their MF-TDMA return link on the Telesat Phase-1 LEO satellite. Dynamic sharing of bandwidth between multiple terminals within a LEO constellation was demonstrated. The testing conducted at Telesat’s Allan Park facility featured iDirect’s platform networking with multiple satellite modems. The platform was able to fully compensate for the LEO satellite link dynamics such as time, frequency, signal variation and Doppler effects. Another important achievement was demonstrating the ability to support short guard times. These are the time intervals that are required between radio bursts, so they do not interfere with themselves. There must be enough time between when one transmission stops and the other begins, so they do not get confused, but if the times are too long, it wastes bandwidth. The guard times achieved were comparable to those used on GEO satellites, without wasting capacity or spectral efficiency, which is the information rate that can be transmitted over a given amount of bandwidth. 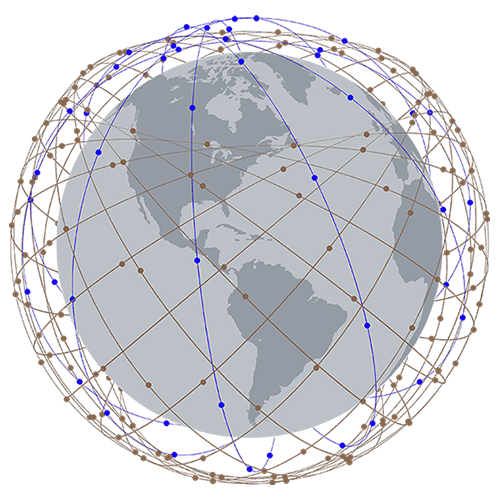 The goal is to extend the capacity and flexibility of Telesat’s multi-beam hopping architecture opening a range of commercial opportunities for Telesat’s LEO customers in commercial, government and defense markets, supporting land, land-mobile, aeronautical, maritime and other applications. The iDirect MF-TDMA solution improves the capacity, performance and affordability of broadband delivered over constellations of LEO satellites. MF-TDMA should improve flexibility for LEO networks, as well as deliver a mechanism to provide higher capacity for a larger number of users per LEO satellite. It keeps iDirect in the game, and not limited to GEO services. iDirect sees the test as a significant success for both teams, having achieved the benefits of MF-TDMA, while at the same time unlocking the low latency offered by LEO satellites. iDirect’s robust and secure platform is widely used in GEO environments, and while testing details are a bit thin and non-specific, it appears that iDirect is headed in the right direction to expand its reach into the LEO market.

What Is High Throughput Satellite (HTS) Internet & What Is Special About…

The Benefits of Satellite Internet for Yachts

Long one of the ultimate status symbols, yachts that cruise the oceans of the…