As BusinessCom’s token “old guy,” I’ve been asked to share some of my memories surfing the technology wave since the late 1970s. Please feel free to share your comments and memories.

My First Job in Data Communications

Fresh from college with a student loan to pay off, I answered an advertisement for “Manager Trainee,” and discovered that this meant sales. I’ve been “training” ever since! This was my introduction to the world of data communications, selling facsimile machines in Miami and the Tampa Bay region of Florida in the late 1970s and 1980. You should have seen FAX machines back then! The “DEX” fax machine had a tray you pulled out and laid the document on. You pushed the tray in, and it wrapped the document around a drum. On the other end, the operator who was receiving, would similarly load a piece of special FAX paper that had an electromagnetic coating to it. You would dial the remote location and put the phone in a “coupler” on the machine. The drum would spin, and a little light would shine on the document and work its way from top to bottom.

Pulling the tray out and pushing it back in, reset the light/sensor, moving it back to the top for the next document. The light reflected to a sensor which in turn translated that reflection to an analog tone, with different sounds for light, dark or shaded images on the document. The tone went over the phone line to the remote site. The remote site FAX machine had a little needle which barely touched the special FAX paper. As the drum turned, the analog sound was converted to an electrical impulse. The needle created a spark that “burned” the paper in order to make the image. It smelled bad, and the paper was easily smudged, so then you would make a copy of it on regular paper, which could be written on or filed.

I sold one of the first digital, rather than analog facsimile machines to Walt Disney World/Land, so that the Florida and California Disney sites could send each other faxes. As I recall, these digital machines cost $12,000 each! The company, Graphic Sciences, Inc. was a division of Burroughs Corp – a big mainframe computer company in those days, that later merged with Sperry and became Unisys.

Here’s one of the early analog machines. Note the rotary dial phone:

I recall that it was very difficult to sell this product. Of course, I was a new sales rep with much to learn. Back in those days, everyone wore three-piece suits, and hot, humid Florida is no place for a three-piece suit! At least my green ’72 Firebird had air conditioning! Clients had no idea why anyone would want one. It was something used by meteorologists to send map images back and forth, but what else would you use it for? As it turned out, our first good customers were banks and car dealers. We would ask the car dealer who got the deal first when a customer went from dealer to dealer looking at cars. They would answer – whoever got the credit application to the bank the fastest. Bingo! We would get the car dealer to introduce us to the banks, and if both parties bought or rented our FAX machines, we cut that loan application time from days (snail mail) to minutes. At that time, the standard FAX transmission speed was 3 minutes per page. Both the bank and the car dealer profited by being first to get the loan processed.

As mentioned, I discovered that being a “manager trainee” meant sales. They sent us to the Graphic Sciences headquarters in Danbury, CT for Xerox Selling Skills and training on the product. That very first sales class of my career still works for me today. I will never forget FAB – feature, advantage benefit. Too many salespeople rattle off features, assuming the customer understands the advantage and benefit offered by the feature – but often they don’t. The training was quite a thing for a naïve young guy like me. They put us in a good hotel and all the food and drink we wanted were provided. After class we went to Happy Hour with great big bowls of cold New England you-peel-em shrimp. I remember one guy in our class who got in trouble for getting so drunk he couldn’t make it to class. They didn’t care how much you drank, but you had better make it to class – even if you fell asleep in class! I must say that I used the hallway walls for support to make it to my hotel room an evening or two! Gin & tonic was my medicine of choice back in those days.

I had lived in New England (western Massachusetts) as a young boy for several years, but my dad was in the military and we transferred to Hawaii where I went to High School. After that I moved to Florida, and this was my first trip back to the area since the late 1960s. It was a two-week training class and we were free to do what we wanted on the weekend, so I drove over to Massachusetts and visited with my best friend from elementary school and had a great reunion. Some years later we hooked up again to go to Daytona Beach for Bike Week on our Harley Davidson motorcycles.

This first position was valuable for setting the stage for a career in data communications and networking. I learned the basics of sales, and in only a few short years, saw the technology change rapidly, as we moved to faster machines, with higher capacity, and particularly the migration from analog to digital communications. I have been riding that technology wave, ever since. Decades later, the fundamentals are still the same. Move data from here to there in order to help the client increase efficiency to cut costs, improve competitiveness and increase profits. This is our goal at BusinessCom Networks.

One thing has changed for the better. I no longer own any three-piece suits! 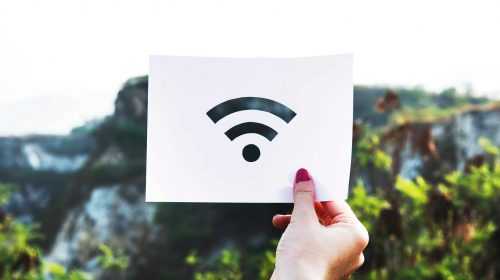 Imagine you are working downtown, and you normally take public transportation… 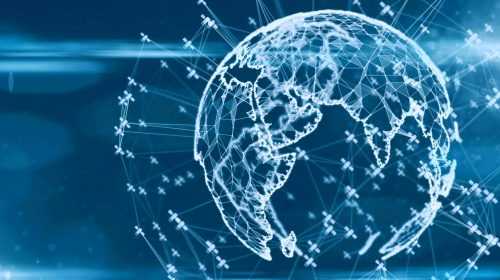