In May 2019, in the article, MicroGEO Satellites Stake Out a Claim we discussed a new breed of satellites designed for GEO deployment. With all the public attention focused on LEO constellations, we have not lost sight of what may be a far more practical and cost-effective solution for many bandwidth starved markets. The basic idea is that small, specialized satellites based on new technology can be launched into GEO orbits that were formerly reserved for large fixed GEO satellites that provide widebeam coverage of the world. These new inexpensive satellites can deliver broadband internet services to a targeted market at highly attractive prices.

As noted in the May 2019 article, the new satellites are a fraction of the size of typical widebeam GEO satellites, but they contain powerful transmitters that can deliver coverage to select regions at very cost-effective pricing. A MicroGEO satellite is not nearly as risky a venture as a full-scale GEO satellite, given the much smaller investment. For a fraction of the cost of a widebeam GEO satellite, a MicroGEO satellite can deliver significant capacity to a limited region. We are under non-disclosure and cannot provide exact numbers here, however we are confident that MicroGEO satellites will contribute to driving down the costs of broadband satellite as discussed in our recent article: Will Satellite Bandwidth Prices Continue to Fall? On the ground, the VSAT terminals will likely cost about $1000 for a standard configuration, or the services can be optimized to support smaller antennas reducing the terminal cost. 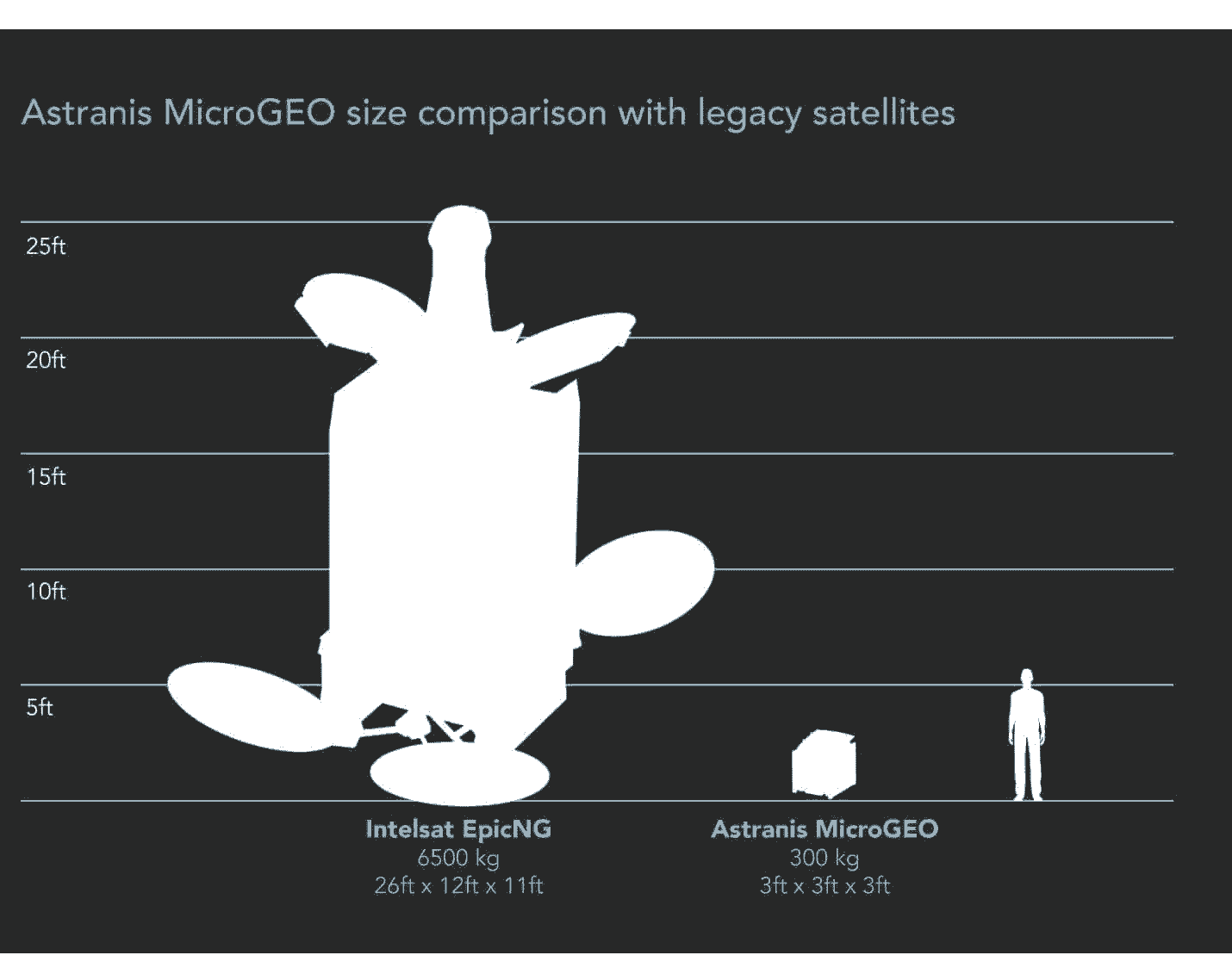 In our article last year, we highlighted Astranis who has been developing a MicroGEO satellite scheduled to deliver services to Alaska. Alaska is a perfect example of a region that can benefit from a MicroGEO solution. The state is mountainous and has all sorts of geographical obstacles that make fiber and microwave distribution difficult or prohibitively expensive. A MicroGEO satellite can provide the entire state with a large chunk of capacity and deliver it for a very affordable cost. Unlike LEO constellations such as OneWeb (who filed for bankruptcy) or SpaceX’s Starlink, that take billions of dollars of investment and require launching hundreds or thousands of satellites, an Astranis MicroGEO can be deployed in a year or two for a small fraction of that cost. As more of them are built, the technology, engineering and manufacturing scales will continue to improve, resulting in lower costs and faster deployments.

The first commercial Astranis MicroGEO is scheduled to begin offering internet to the State of Alaska in the summer of 2021. It is contracted to be launched on a SpaceX rocket from Cape Canaveral, FL. The satellite will more than triple the satellite bandwidth currently serving the state. The big news is that Astranis has successfully concluded thermal-vacuum testing of a qualification vehicle. The test confirms that the satellite can operate in the harsh environment of space. “This is the single largest technical de-risking milestone for this product and for our first commercial program,” said Astranis CEO John Gedmark. “To get to this point, all the different aspects of the vehicle had to come together and work as a system—avionics, power electronics, the payload, the structure, the software, and more. Then we really pushed it to the limits. The fact that we passed this test with flying colors speaks volumes to the dedication and talent of our team. And it brings us one step closer to helping hundreds of thousands of Alaskans gain reliable access to broadband internet.”

The qualification test first allows the engineers to characterize the vehicle’s thermal behavior. Then they push it significantly beyond the limits normally expected in orbit to ensure that it can survive the rigors of space. Succeeding on both points, the company made use of a highly-specialized vacuum chamber in Los Angeles, California, operated by NTS, the undisputed leader in space testing for satellites, rockets, and spacecraft for civil, commercial, and military use. The chamber, pumped down to near vacuum, simulated the extreme temperatures needed for qualification testing. The vehicle ran through basic functionality checks then it was operated as the temperature was adjusted across a wide range. It was exposed to pressures about one-hundred-millionth the density of Earth’s atmosphere. All that remains is to complete a final wave of system-level and unit-level tests, and then Astranis will commence with the building of the first MicroGEO Flight vehicle. 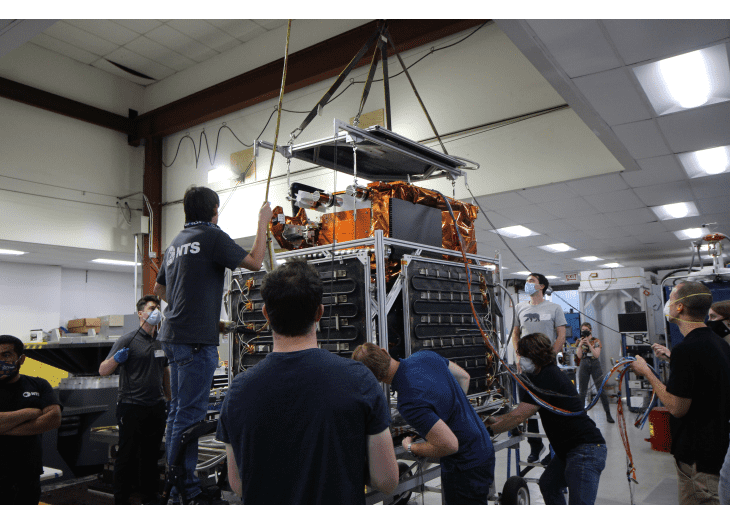 We at BusinessCom are quite enthused by MicroGEO satellites. There are a lot of unknowns with the new LEO satellites, and many new obstacles such as space debris; see: Is Space Trashed?. The business model, whether enterprise or consumer is undetermined, the user ground terminals are undetermined, whether the investment can continue till it reaches a profitable enterprise is undetermined. Imagine thousands of satellites in low earth orbit and nobody operating them.

A MicroGEO satellite is affordable for a state or small country. It is not a huge financial risk like a large widebeam GEO satellite that must have a significant number of customers before it even begins to make a profit. A large amount of capacity on a MicroGEO can be sold ahead of time, reducing the risk. If you are interested in learning whether MicroGEO satellites might be a solution for your state, province or country, please contact us here at BusinessCom to learn more about what is involved in configuring a MicroGEO satellite for your application, and to confirm whether orbital slots are available for your region.

A Dollar a Bit and as Big as a Shoe Box

In 1980 I moved back to Miami from Tampa, Florida, where I had been selling…